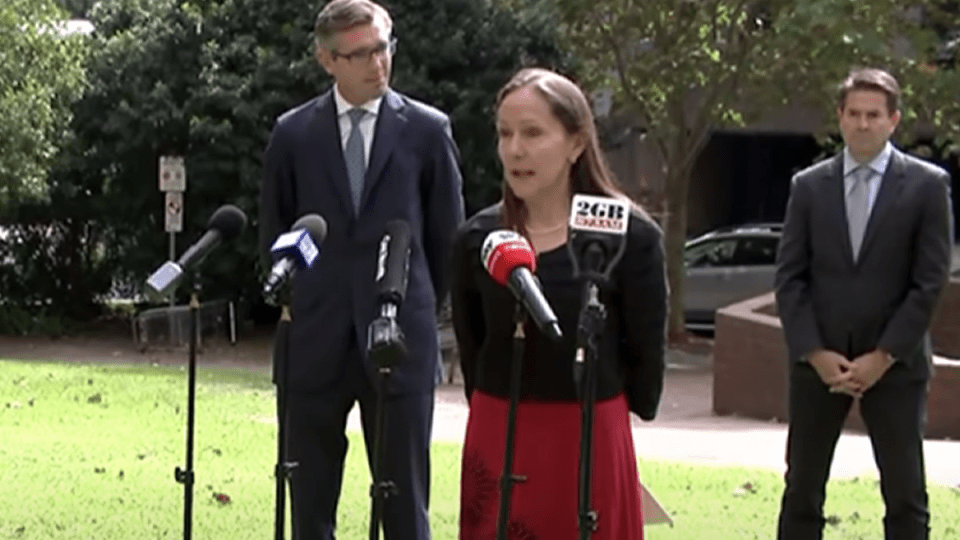 Dr Selvey celebrated the milestone but cautioned that vigilance must be maintained. Photo: YouTube

New South Wales has revealed its emerging coronavirus hotspots, urging residents to get tested for COVID-19, even if they have only mild symptoms.

NSW Health acting director Dr Christine Selvey on Monday said she met with staff from all of the state’s local health districts and they identified new areas to focus on virus testing.

“These are areas where there have been cases with people where we are unable to find out where they got their infection from, and some other areas where we are concerned that if the spread of the virus was occurring, we would certainly want to know about that everywhere, Dr Selvey said.

The vast majority of Australia’s virus infections so far have been traced to returning overseas travellers.

The prospect of community infection, where no overseas contact can be traced, would represent a troubling new development in the nation’s COVID-19 response.

“In order to be sure that we are not having widespread community transmission in these areas, we are asking that everyone – if they have even very mild symptoms – to present to their GP or to one of the COVID-19 clinics or to a hospital and seek testing,” she said.

The areas of concerned identified as potential community transmission hotspots were in the Penrith local government area, as well as the  Liverpool, Blacktown, Cumberland and the Westmead areas.

The in the inner west of Sydney was also identified, as well as the city’s east, including Waverley, Woollahra and Randwick, and Ryde in the north.

Outside of Sydney, residents in Manning, Lake Macquarie and Newcastle were also being asked to get tested if they experience symptoms.

“Particularly I emphasise on testing in those areas because we want to make sure that if community transmission is happening, that we are able to know that and that people with COVID-19 are identified early and their contacts traced to interrupt any more spread of the virus in those areas,” Dr Selvey said.