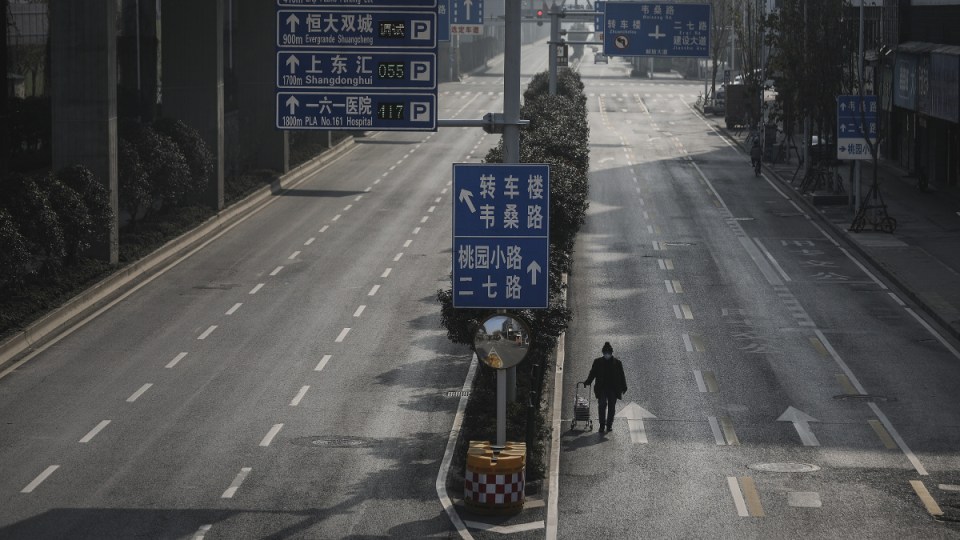 The empty streets of Wuhan during lockdown. Photo: Getty

After enduring two months under the world’s largest lockdown, millions of people in the Chinese city of Wuhan will finally be able to leave from midnight on Wednesday (AEST).

The move comes as the Chinese government claims there have been no new deaths in Wuhan in a 24-hour period – for the first time since the coronavirus outbreak started.

There has also been a decline in imported virus cases.

In Wuhan, which was where the COVID-19 outbreak began, trains will run again and deserted roads will soon be packed with cars as travel restrictions are partially lifted for the first time since January 23.

Residents who pass a health test will receive a green ‘health code’ that enables them to travel freely beyond Wuhan and the surrounding Hubei province.

A yellow code indicates the holder should be in home isolation, and a red code shows the user is a confirmed COVID-19 patient and must be in quarantine.

Although it is unlikely the true number of cases or death toll will ever be known because of media restrictions, the Chinese government claims to have brought the coronavirus outbreak largely under control.

And though it is too early to celebrate success, the end of the lockdown at the epicentre of the killer pandemic is a milestone in the fight against the virus.

So how did China do it?

After weeks of trying to bury news of the Wuhan outbreak, China brought in the world’s toughest lockdown laws.

More than 11 million people were banned from leaving their homes, and transport in and out of the city was shutdown – with no exceptions for personal or medical emergencies.

All shops were shut, except those selling food or medicine.

In some areas, outings were limited to one family member every two days to buy essentials.

In other areas, residents were barred from leaving altogether and restricted to home deliveries.

Officials went door to door checking people’s health for signs of the virus and forced anyone ill into isolation or quarantine.

On March 18, China reported a huge milestone of no new community transmissions of COVID-19: All newly identified cases had come from overseas.

The government closed its borders to foreigners and expelled foreign journalists as the virus spread globally and became a pandemic.

However, it turned out most imported cases were not being brought by foreigners – they were often coming from Chinese nationals returning home from overseas.

In April, authorities started testing international arrivals for the virus.

China began detecting and monitoring people who were unwittingly spreading the virus while showing no symptoms.

Some people were passing on the coronavirus with barely any symptoms, not even a runny nose.

As of Monday, China claimed 1033 asymptomatic patients were being kept away from the community and held under medical observation to limit the virus’s spread.