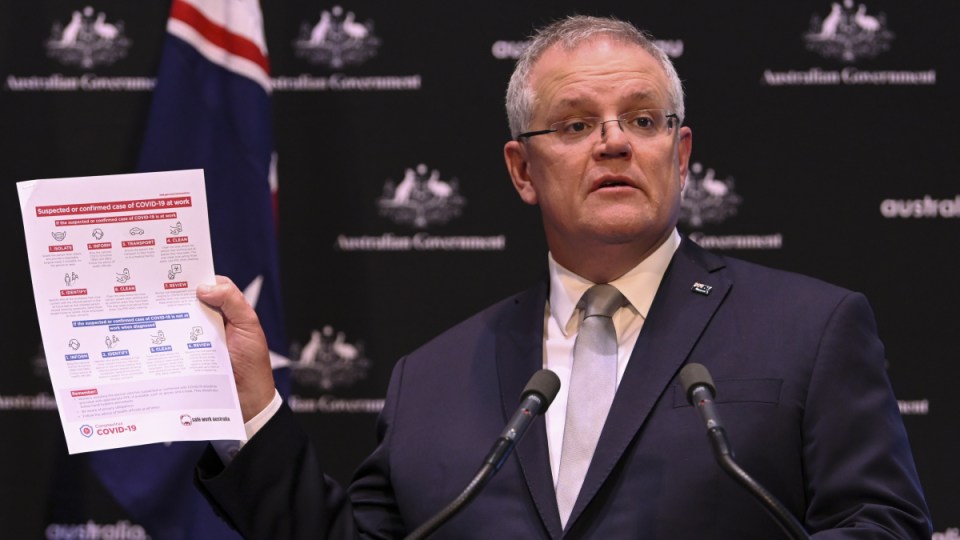 Australia’s social distancing rules and border closures may need to remain until a coronavirus vaccine is found – a quest that is not guaranteed and could take years.

Releasing the official modelling that has governed the national cabinet’s response but had remained secret until now, Prime Minister Scott Morrison said on Tuesday it clearly showed the government’s strategy of border closures and social distancing was working and saving lives.

It was buying hospitals, doctors and nurses vital time by slowing the number of cases and allowing hospitals to prepare for patients, especially those who require intensive care.

But it is not yet extinguishing the virus in Australia.

“There is no map for this. We are in uncharted territory,” the Prime Minister said.

“We have bought valuable time, but we cannot be complacent. We must keep tension in the cord.

“This Easter weekend will be incredibly important. Stay at home.”

The long-awaited modelling tells the nation little about the impact of the virus in Australia or projected deaths because it is not based on local data.

Mr Morrison stressed the modelling released on Tuesday was “theoretical” and based on international data. Further work will be needed on the 6000 Australian coronavirus cases to consider the next steps.

The greatest concern remains the rate of community transmission in Sydney, where those afflicted have had no known close contact with an infected person or a returning traveller from overseas.

NSW Premier Gladys Berejiklian said social distancing measures would remain a fact of life until a vaccine is found.

“That is the new normal,” Ms Berejiklian said.

“Not having physical contact, socially distancing is, at the very minimum, a way of life for us. Because we have to be honest with ourselves – until a vaccine is found, there is no simple way to deal with this issue.”

However, chief medical officer Professor Brendan Murphy did not rule out a strategy of trying to “eliminate” the virus in Australia – an approach pursued in parts of China.

“That’s a good question. That was a strategy that was undertaken in Wuhan to completely stop transmission. And that is one of the options available,” he said.

“The issue then, though, is you don’t have any immunity in the population and you really do need to control your borders in a very aggressive way for a long time. There is no clear answer there are lots of potential paths.

“We are not pursuing a path of herd immunity.”

Professor Murphy conceded that a vaccine was not a foregone conclusion.

“We don’t know if and when a vaccine will come. If it does, that’s a beautiful way out,” he said.

Mr Morrison said in terms of the eventual lifting of restrictions, the national cabinet would look at all the information. Some states and territories might ease their restrictions before others.

‘No map for this’: Restrictions buy time, but no room for complacency