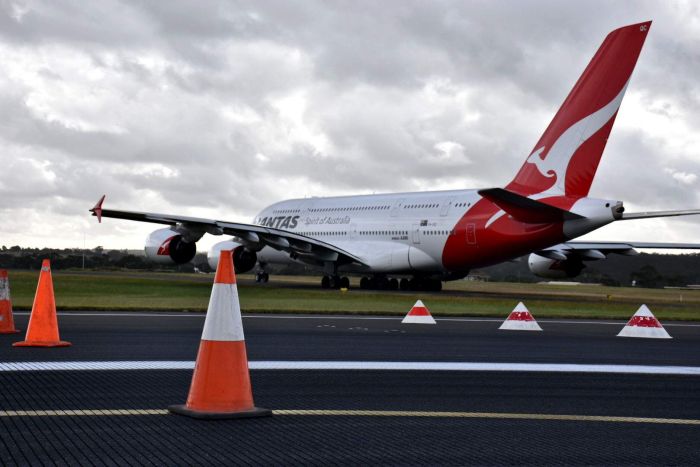 The Australian government will re-launch hundreds of flights to deliver fresh produce to key international markets as part of a $170 million boost to an export sector grounded by the coronavirus emergency.

Return flights, under the program, will provide an opportunity for Australia to import medical equipment and medicines.

The exports lifeline follows months of uncertainty for the seafood sector, hit hard when markets in China collapsed early in the COVID-19 crisis.

Other winners include red meat, dairy and horticulture exporters that have relied on cargo in passenger aircraft to deliver their produce.

Since new regulations on air travel were introduced to curb the spread of the pandemic, exporters, fishers and farmers have struggled to maintain access to high-value overseas markets.

The government has appointed former Toll Holdings managing director and former Linfox chief executive Michael Byrne as its international freight coordinator to oversee the program, working with airlines and exporters.

“We can’t afford for our farmers, fishers and exporters to be under similar pressure just because they can’t get their goods onto a plane.

“When these flights return to Australia there will be capacity for them to transport vital medical supplies, medicines and equipment, which will be critical to the ongoing health response.”

Approximately 80 per cent of his product is sent overseas, with the remaining 20 per cent sold around Australia.

Before the pandemic, his ASX-listed company, Ocean Grown Abalone, had a market value of $30 million. That’s now halved.

He said the government freight assistance wouldn’t solve all his financial problem, but it was a lifeline.

“The market we had in Australia has collapsed because there’s no restaurants open, there’s no Chinese tourists, so that important market is gone and probably will be gone for a long time,” he said.

“Overseas, obviously demand isn’t what it used to be, but at least we can now get some out.”

Mr Adams said, with restrictions lifting in Asia, he had already started to receive orders from customers.

But the lack of commercial passenger flights in and out of Australia had left his product stranded.

“As the COVID-19 restrictions have been reasonably successful, people are now on the streets, eating out as usual, so we’re seeing our customers start placing orders again,” he said.

“So we thought great, we’ll send you some product. Then we started finding out about the options of getting air freight – there was no way of getting it out.”

Jennie Franceschi sources fresh fruit and vegetables from around Australia, to send to customers overseas, mainly in Asia.

In the past four weeks her export business has ground to a halt.

While she did not expect much improvement in the months to come, she said the government freight assistance would be an important tool to help secure ongoing trade.

“By keeping Australian exporters exporting and keeping our produce out there, what it will do is secure the position for Australia in those countries,” she said.

“Because if other countries move in, then we’ve got to try and win it back, which is hard slog.”