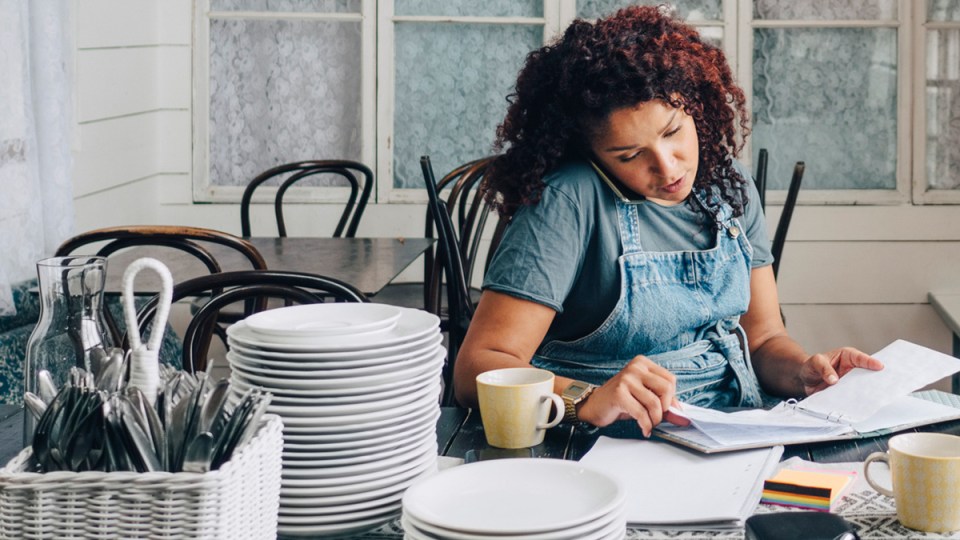 Australians will need to visit their favourite shops in coming months if they want them to stay open after the coronavirus passes. Photo: Getty

Within five hours of the scheme’s announcement, 66,000 businesses had registered. By 8am on Tuesday, Mr Morrison revealed that figure had jumped to 113,000 businesses and by 2pm there were 192,558 businesses registered for the wage subsidy.

Finance Minister Mathias Cormann said the government committed the equivalent of 16.4 per cent of Australia’s GDP to keeping the economy on deck.

Employees who were stood down from March 1 will receive a flat-rate payment of $1500 a fortnight through their employers in a bid to lessen the economic blow caused by the virus.

The wage subsidy will start flowing to businesses on May 1 and will last for six months.

Mr Frydenberg said while more financial help was on the way, none of it would match Monday’s announcement in dollars.

He said it would take years to pay off the debt generated as a result, but the government had to do what was needed.

Mr Morrison said some countries would face economic collapse or hollowing out in coming months as the disease spread globally.

“In the very worst of circumstances, we could see countries themselves fall into chaos – this will not be Australia,” he said.

Parliament could sit as early as next week to pass legislation related to the new JobKeeper payment. Labor is likely to back the overall package, which unions and business groups support.

Labor leader Anthony Albanese said the historic package was a step in the right direction.

Flight Centre chief executive Graham Turner, who has stood down thousands of Australian employees, is lukewarm on the wage subsidy scheme.

“It’s a very positive step … but only 45 per cent of our business is in Australia,” Mr Turner told ABC radio.

“Hibernation is a catchy word. Going to sleep and waking up in the spring time is just not feasible from a business point of view.”

Deloitte Australia economist Chris Richardson said the scheme could save half a million jobs.

“It pretty much is the kitchen sink, the scale is enormous,” he told the ABC.

A fair way for workers to stay connected

Business Council chief executive Jennifer Westacott said the subsidies were a fair way of making sure workers stayed connected to employers during the crisis.

“This huge package will keep people in jobs and, vitally, make sure Australia is ready to rebuild quickly once this challenge passes,” she said.

“We must safeguard as many jobs as we can to prevent long periods of joblessness and poverty.”

The $1500 a fortnight payment amounts to about 70 per cent of the median wage.

ACTU secretary Sally McManus said while the decision was welcome, the amount might not be enough.

“We believe that allowing this amount to increase up to the median wage of $1375 a week is what is needed.”

Ms McManus also raised concerns for casuals who had worked for the same employer for less than 12 months. As it stands, they are not covered by the scheme.

Australian Industry Group welcomed the package but said the government needed to guarantee the manufacturing sector could keep running.

“Talk persists and businesses continue to worry that they could be caught up … in any future lockdown,” Ai Group chief executive Innes Willox said.