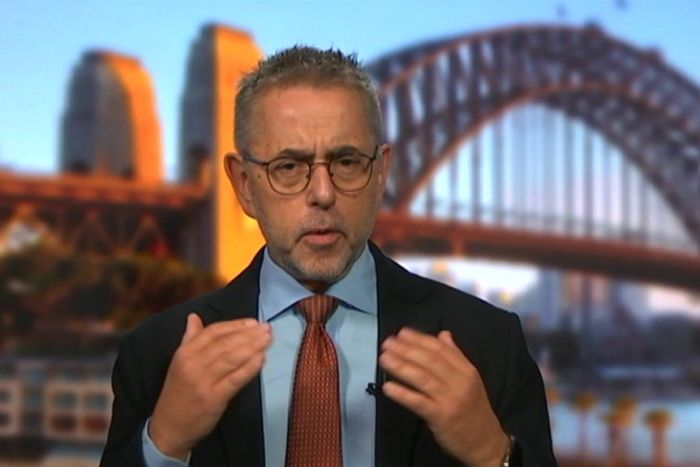 It’s Saturday night. As I reach for the box of tissues for the second time in half an hour, I groan to myself.

There’s no one else around to groan to. This is more than my usual perennial rhinitis. My nose is hosing and the times dictate that a runny nose could be more than just another cold.

You see, your nose is the respiratory front line. It’s the warning beacon that invaders have overwhelmed your first response defenders.

The question is, whether the attack force is just the usual local viruses who attack, use your body to multiply themselves and move on or could they be novel coronaviruses – these sub-microscopic organisms which are destroying lives and the global economy?

Not much I can do. It’s Saturday night after all. Any idea of social contact from this moment on is off the agenda. Let’s see what happens in the morning.

Maybe it’ll go away but I recognise that for what it is — male denial.

Around midday there’s a call from someone who could have been a contact, who I reassured it was just a runny nose.

The power and cunning of viruses never disappoint and within half an hour of that call they start to punish my arrogance. A sore throat comes on and the first shivers of a fever.

I call back the person with an urgent revision to the narrative in the hope that the virus is listening and will take pity.

I feel like I need to be tested. Not knowing whether you’re COVID-19 positive is unsafe yet I’m pretty sure I don’t qualify for the test.

I’ve no desire to wait for two hours at the local hospital to be turned away, so I call the local helpline for my area.

It diverts to a state based line which then diverts to the national line. They confirm that I don’t qualify.

I ask them what the protocol is for someone with a cold but who can’t be tested. Fourteen days isolation. Without knowing. Gulp.

Tegan Taylor, my co-host on Coronacast and Will Ockenden, our amazing producer, and I always record Monday’s episode on Sundays.

Today I’ll have to do it from home. It goes well but we all agree that talking about my symptoms would just be a distraction.

A bit delirious during the night. Throat on fire. Tissue consumption high. Consumption of liberally honeyed tea remains high (strongly recommended for a sore throat by the way).

I’m properly unwell. COVID-19 or not, I need to call my GP tomorrow.

Things feel better. Nothing like a new day. I do my regular Radio National segment with Fran Kelly, and at 8am I call my GP who says my high fever means I should be tested.

He tells me to come to his underground carpark after I come off air from my regular session with Robbie Buck and Wendy Harmer on ABC Radio Sydney.

The talkback with Wendy and Robbie goes well until a caller comments on how I sound congested.

I have to be open.

Yes, I admit, I’ve had symptoms over the weekend and I’m going to be tested straight after this.

The testing was surreal. The carpark was a bit like that scene in Watergate where Woodward meets Deep Throat.

Eventually my GP walks down the ramp cleverly disguised in a N95 mask, and apron and gloves of course.

He comes up to my window and surprises me.

“You’re going to have to do the swab on yourself.”

I am thinking to myself, you’ve got to be expletive joking.

He has obviously seen this reaction before and explains that since he doesn’t have full PPE, this is the only way he can stay safe.

So, I tilt my head back and insert the swab up one nostril as far back as it will go.

“You’re doing better than most people,” encourages my doctor. “Now twirl round the swab to collect the cells and secretions.”

As I’m driving out of the car park it’s 10am and the news comes on.

Expletive me dead. There’s actually a news item about how I have symptoms and am going to be tested. The world’s gone nuts.

By the time I get home, my editor tells me that I’m trending, whatever that means.

Anyway I’ve got more important things to do like work with my incredible 7.30 producer Amy Donaldson on our evening segment and my Health Report producer, the patient, talented and resilient James Bullen.

I’m doing this all remotely, thanks to wonders of technology, and am glad to be feeling well enough to work — for now, anyway.

With all this going on until early evening there isn’t much time for contemplation.

Later on, I’m feeling pretty ordinary again and just feverish enough to begin to think through what isolation will mean for the next two weeks or so if I’m positive.

Supplies, keeping in touch, not getting out for exercise, mental frame for work and so on.

The thing is that I don’t really believe I have COVID-19 because I can’t think of a contact and the symptoms aren’t the usual pattern.

For example, I barely have a cough, I’m not short of breath and still have my taste and smell intact. Nonetheless the possibility exists and has to be taken seriously.

Do my live cross to ABC News Breakfast using the gear that ABC News has sent round to my place which has converted my dining area to a home television studio.

Hope they don’t notice that I’m perspiring with a rising temperature.

Michael and Lisa are so professional they wouldn’t say even if they did notice.

At 9am, I get a call from my GP. The test was negative for SARS-CoV-2 and positive for another circulating cold virus.

So what do I feel now?

I’m relieved. I was seriously worried that I might have passed the virus to a couple of colleagues.

They can be let off the hook. The ABC doesn’t have to do a forensic search for other contacts, and while we’re all largely confined to quarters, I won’t have to depend on others for supplies.

And at last, my symptoms are confirmed to be what I’ve always thought they were: man flu, which deserves no special sympathy or attention.

But most of all, it’s made me reflect on the many hundreds of people who are in enforced quarantine.

It’s what needs to happen to protect our health. They’re doing it tough to help us all.

I’ve been interested in pandemics for decades. I even made a four-part series for Channel 4 UK and SBS called Invisible Enemies which screened in the early 90s. But now we’re actually living through one.

This pandemic is forcing difficult decisions from those in power. Those decisions are reducing the power we have to make our own choices — but it’s for the public good.

Onward … but where did I put that box of paracetamol and the jar of honey?