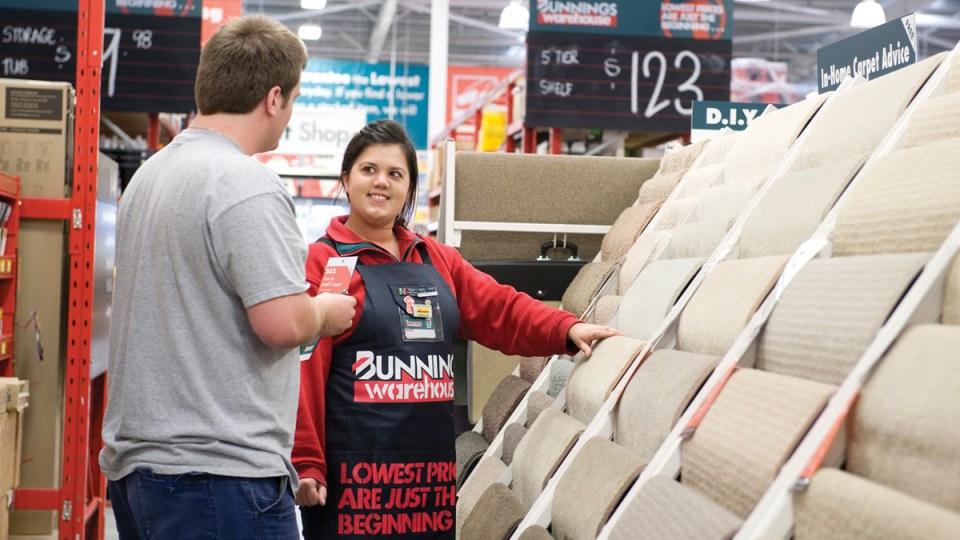 NSW Premier Gladys Berejiklian there were also promising signs in the data on the spread and control of COVID-19.

Bunnings, Kmart, Target and Officeworks could be allowed to continue to trade – for now – if they choose to do so, after promising signs that the coronavirus infection curve is flattening and the number of new cases is starting to slow.

While more retailers, including Bonds, announced they would stand down thousands of staff and close their doors on Tuesday, the NSW government is not preparing to announce further formal orders for retailers to close after announcing some of the toughest restrictions this week.

The stringent restrictions  effectively require citizens to remain in the family home.

Larger retailers may still choose to shut their doors – Ikea has already done so in some countries overseas – but there appears to be no immediate plans for national cabinet to go further.

IKEA stores in Australian remain open, with new rules including limiting all lifts to one person or one family group per trip.

The company has also chosen to temporarily close its supervised children’s playroom.

NSW Premier Gladys Berejiklian said on Tuesday that while there were signs of community transmission in some suburbs of Sydney, there were also promising signs in the data.

“We have had localised break-outs in areas like Waverley and Bondi and, as a result, we will instruct all the medical professionals in that area to increase the level of testing, to increase the numbers of people tested in that community to really reduce community to community transmission,” she said.

“We knew NSW has taken every measure we can to control the spread. What is of concern to all of us is the unknown, the level of community transmission that you might not pick up if people don’t have symptoms and that is the real threat. People walking around not realising they have the disease.”

The Morrison government’s decision to extend $1500 a fortnight JobKeeper payments to workers has also thrown many businesses a lifeline that will help keep staff on the payroll, even if businesses go into “hibernation” during the lockdowns.

Almost 200,000 businesses have registered for the $130 billion JobKeeper wage subsidy in the less than 24 hours since it was announced.