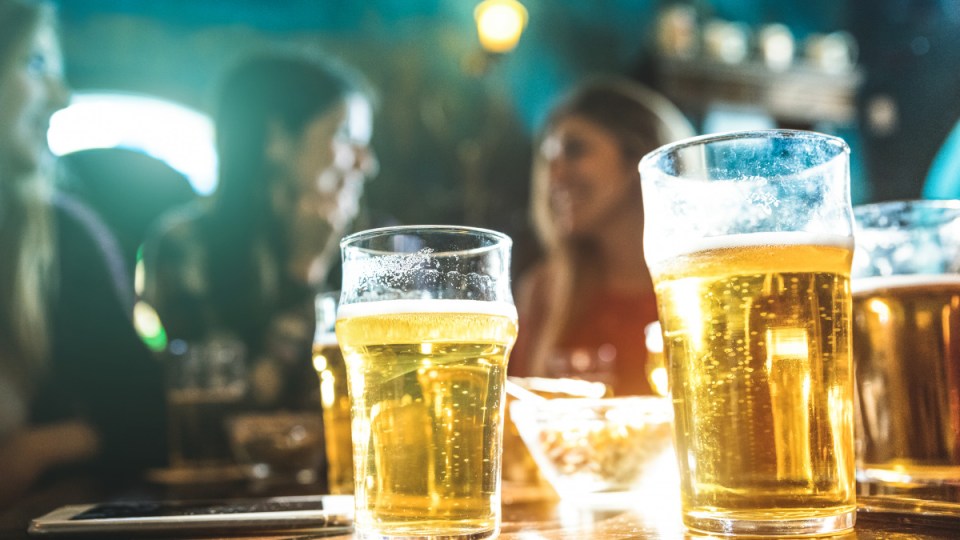 A Melbourne bar and an unlicensed Queensland brothel have been slapped with hefty fines for flouting the new social distancing and quarantine regulations.

A licensed venue in inner-city Fitzroy in Melbourne was hit with a $9913 fine on Monday after police found six staff serving two customers drinks at the weekend.

In Queensland, two infringement notices were issued at a Brisbane massage parlour on Monday afternoon for failing to comply with COVID-19 public health directives.

Queensland Police Commissioner Katarina Carroll said a person working at the Lutwyche business was fined $1334, while the business itself copped a $6672 fine.

“This related to a compliance check of licensed and unlicensed brothels we are carrying out,” she said on Tuesday.

“It’s alleged … the massage services were offered in contravention to (the coronavirus) directive.”

Victoria Police’s deputy commissioner Shane Patton said the venue, which has not been named by police, was being treated as “open for business totally”.

That was despite a ban on in-person dining at restaurants and bars amid the escalating coronavirus outbreak.

It is the first on-the-spot fine issued by Victoria Police for breaching social-distancing measures.

In the past 24 hours, officers have conducted 1225 spot checks at homes, businesses and non-essential services across the state.

From Tuesday, individuals can be fined $1652 if they leave home for any reason that is not essential. Victoria has imposed stringent restrictions on movement and work as it tries to slow the spread of the deadly coronavirus.

Businesses found to be flouting restrictions face a $9913 fine. However, larger fines can also be issued through the courts.

There are similar rules in NSW, where Premier Gladys Berejiklian has implored people to stay at home unless they “absolutely” have to go out.

She said the biggest concern was the level of community transmission in some areas, such as Waverley and Bondi in Sydney’s east, where people might be unaware they have coronavirus.

Police Minister Lisa Neville said Victorians could leave their homes only to buy essentials, exercise, seek medical attention or go to work or study – if they cannot do it from home.

“People will not get the leniency we have seen in the past,” she said, but noted there might be times when discretion was used.

Ms Neville encouraged people to call police if they saw others flouting the rules, instead of taking matters into their own hands.

“Don’t fight with your neighbours, we want to come out as a community stronger,” she said.

From Tuesday, Victorians will also be banned from buying guns and ammunition until the end of the COVID-19 pandemic, after a spike in panic buying.

Mr Patton said it was concerning that applications for firearms had doubled recently.

The ban on gun sales applies only to sport and recreational use and not primary suppliers or people who use guns for work, such as farmers and prison guards.

The ban follows similar measures in Western Australia and Queensland.

Four people in the state have died from the virus.

The cases continue to grow at about 10 per cent, down from a previous high of 25 per cent, Victorian Chief Health Officer Brett Sutton said.

He was cautiously optimistic about how the crisis was developing.

Across the state, more than 40,000 orders to socially isolate or quarantine have been made as authorities work to stem the spread of coronavirus.

An additional 55 cases of the virus were confirmed in the state overnight, bringing the total to 743 with three deaths, 65 people are in hospital and seven in intensive care.

Queensland Premier Annastacia Palaszczuk said authorities will ramp up efforts to keep track of the thousands of people ordered to either socially isolate or quarantine for 14 days.

Strict border restrictions will be enforced from Friday, meaning anyone wanting to enter Queensland who is not a resident must have an approved border permit or they will be turned away.

Public gatherings – including those in private homes – have been limited to just two people and police have the powers to issue fines for individuals and businesses not adhering to quarantine orders or social distancing measures.

All passengers arriving on international flights in Queensland, who are returning home or passing through, will be held in local hotels for 14 days under new quarantine measures that came into effect on the weekend.