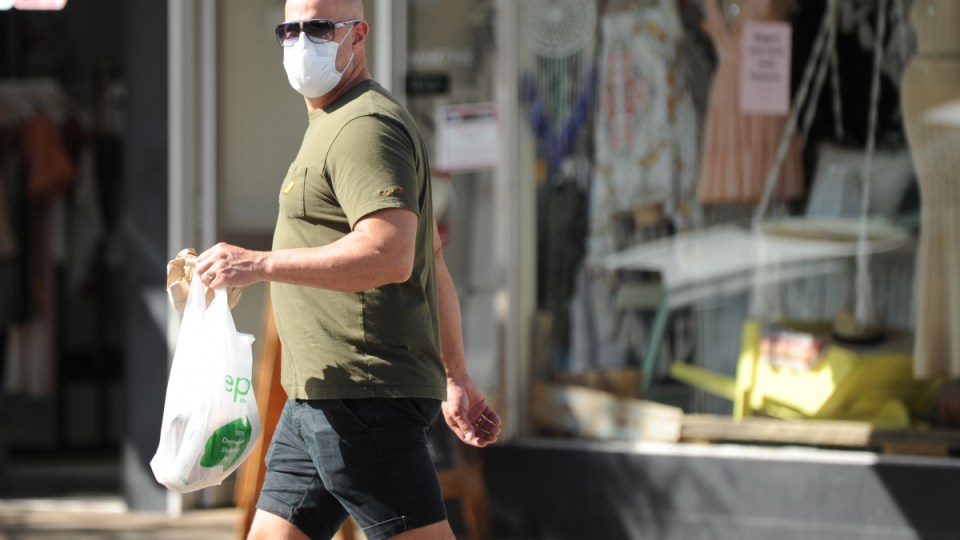 Treasurer Josh Frydenberg said there would be a flat fortnightly payment for workers. Photo: AAP

Prime Minister Scott Morrison has announced the federal government’s third and biggest round of stimulus packages, with a $130 billion economic package over the next six months to support jobs and livelihoods of six million Australians who will need a “lifeline”.

On Monday afternoon, Mr Morrison announced a $1500 a fortnight “job keeper” payment for businesses to keep workers – both full and part-time workers – in jobs while the “economy is idle”.

“We want to keep the engine of our economy running through this crisis,” Mr Morrison told reporters in Canberra.

The latest round of federal government stimulus funding comes as two elderly women in their 80s are the latest Australian victims of the coronavirus pandemic, bringing the nation’s death toll to 18.

A woman died in Burnie, in Tasmania’s northwest over the weekend and another woman died in hospital in Canberra after catching the virus overseas.

There are now 4163 confirmed cases of COVID-19 in Australia. In all, there have been eight deaths in NSW, four in Victoria, two in WA, two in Queensland, one in Tasmania and one in the ACT.

NSW remains the worst hit with 1918 after 127 new cases were confirmed on the weekend while Victoria recorded 56 new cases, taking the state’s total to 821.

The ACT’s chief minister Andrew Barr said the latest deaths were a reminder to observe the new rules on social distancing announced by the National Cabinet on Sunday night.

“It is terribly sad news today, of our first death recorded in the ACT, and I hope that serves as a tragic reminder of just how serious this situation is.

Victoria, NSW, Tasmania and Queensland moved to introduce tighter restrictions on movement as of midnight on Monday after the national cabinet, meaning heavy on-the-spot fines for people who gather in groups of more than two.

“We’re not doing it for any other reason than this is life and death,” Victorian Premier Daniel Andrews told reporters in announcing the stage three restrictions on Monday morning.

“Unless you want to be burying an elderly relative or your best mate, or your parents, if they’re younger, do the right thing. It is very, very simple. Stay at home!”

“My message to every Victorian is that there are only four reasons to leave your home: Food and supplies, medical care, exercise and work or education.

“We will not be breaking up household family dinners – but barbecues with the neighbours cannot happen any more. Playgrounds, skate parks and outdoor gyms will also close.”

Mr Andrews said if people breach these directions, they faced on-the-spot fines of $1652 for individuals and $9913 for businesses. Larger fines could also be issued through the courts.

Queensland premier Annastacia Palaszczuk announced on Monday afternoon the state would also restrict gatherings and strengthen border enforcement as another 23 cases of COVID-19 were confirmed overnight, taking the total number across the state to 689.

“These measures are going to be put in place for a month. So let’s see how they go and let’s see if we can flatten that curve,” she said.

NSW Premier Gladys Berejiklian says she appreciates the measures are “frustrating” but people need to follow them for the good of the community.

“Gatherings outside or inside should not be more than two people unless it is your immediate family – that is something we will enforce,” she told reporters on Monday.

“We want everybody to practise that from today. Enforcement starts from midnight.”

Ms Berejiklian said people in their 20s and 30s were the “worst offenders” when it comes to flouting coronavirus rules.

“Also, the worst offenders in terms of not sticking to the rules are those people in those age groups. You can’t socialise as you used to.”

“Whilst it is pleasing we have seen a stabilisation in case numbers, it is important to know that they can vary and jump around day to day based on testing numbers,” NSW’s chief medical officer Dr Kerry Chant told reporters on Monday.

The Australian Medical Association says infected patients are putting the lives of doctors, healthcare workers and patients at risk by seeking treatment for other ailments while “hiding” their coronavirus symptoms.

“There have been some disturbing incidents of people hiding their symptoms in order to get treatment for other health issues,” AMA (NSW) president Dr Kean-Seng Lim said on Monday.

“We know doctors in other countries have already died as a result of coronavirus. Fatalities and high numbers of healthcare worker infections would further strain the health system’s ability to respond to this pandemic,” Dr Lim warned.

Recent NSW coronavirus cases include two teachers and a student from Normanhurst West Public School, as well as a staff member from the Long Bay prison hospital.

The number of confirmed Australian cases from the Ruby Princess cruise ship had jumped to 215 by Sunday night.