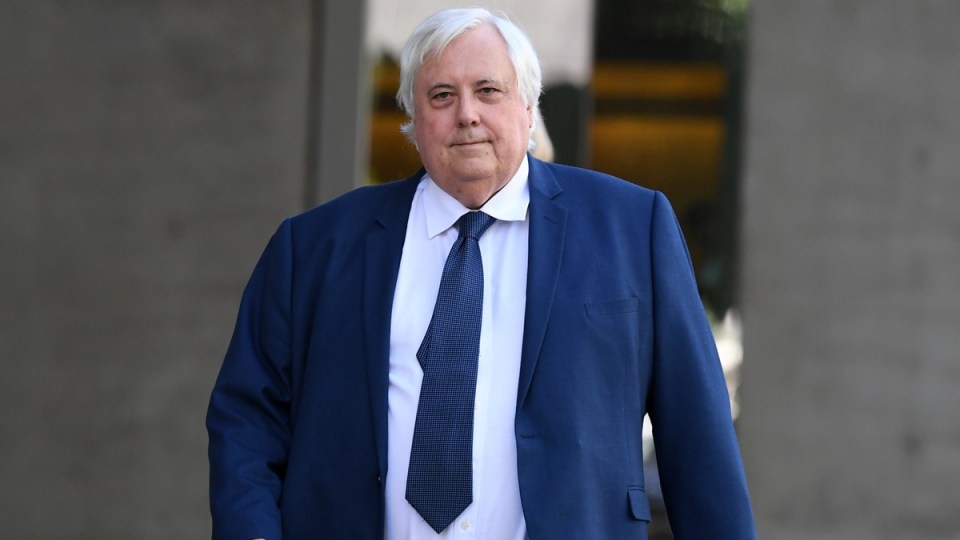 Billionaire Clive Palmer says he’ll pay for more than one million doses of a malaria drug that could help fight coronavirus.

The former federal MP says he’s happy to lose his money, but he believes Hydroxychloroquine could help prevent infections, or reduce the severity of illness in those who do get the virus.

Mr Palmer has promised to fund the manufacture or acquisition of the courses, and has appointed Brisbane pharmacist Jeremey Sheridan to “lead the effort to oversee the large-scale manufacturing of the drug in Australia”.

News Corp reported a small number of Australian coronavirus patients have been successfully medicated with drugs including hydroxychloroquine and the HIV medication Kaletra.

The World Health Organisation last week said it would study the drug’s effectiveness, and US President Donald Trump has been touting its possible benefits, with studies underway in America and in Europe.

Mr Sheridan said Australia needed to act fast to ensure it has enough of the drug.

“While the clinical trials in Australia in 50 hospitals may take four to five months to complete, it is important that arrangements for the large-scale manufacture or acquisition of Hydroxychloroquine proceed quickly,” he said.

“We cannot wait. To delay now could cost Australian lives in the coming months. We cannot wait to start the process of large-scale acquisition of the drug.”

Mr Palmer says he wants to ensure all Australians have access to the drug as soon as possible.

He said he would personally fund over 1,000,000 courses and donate it to Australia’s national drug stockpile, so people could have access regardless of their financial circumstances.

“We are proceeding as fast as we can to initiate the manufacturing process in Australia,” the former MP said.

“I will spend whatever it takes.”

He said he was willing to lose his money if the drug did not turn out to be as effective as he hopes.

“If we are wrong, I lose some money but if we are right we may save the lives of thousands of our citizens. Australia must move now with urgency.”