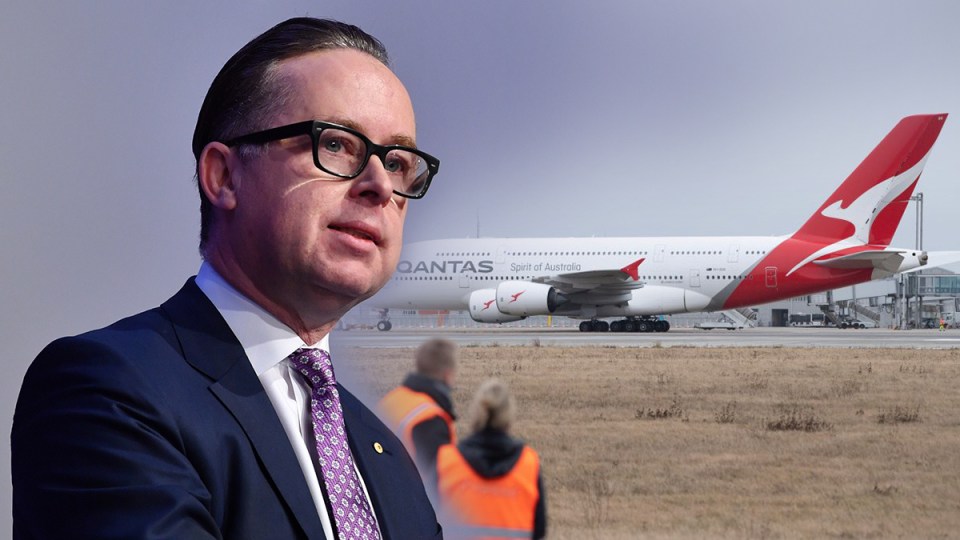 Mr Joyce defended his decision to stand down two-thirds of the national carrier’s workers in the face of the escalating crisis.

The airline is standing down 20,000 workers after suspending all international flights and reducing domestic flights until the worst of the crisis passes.

But Qantas will allow workers to access long service leave early, and those who have exhausted their annual leave will be able to take up to four weeks in advance.

“This is the worst crisis the aviation industry has gone through. I know for the economy it’s probably going to be a lot worse than the GFC,” Mr Joyce said.

“We’re not making people redundant and we’re trying this mechanism to make sure we can get through and survive and they have a job at the end of the day.”

Mr Joyce, who’s Australia’s highest-paid chief executive, himself is also prepared to take no salary beyond the end of this financial year. He’s currently taking no pay.

“None of us are getting paid while this is going on,” he told ABC radio on Friday.

Mr Joyce thinks Qantas may be able to get through the crisis without any redundancies.

But his also warned the economic impact of the coronavirus outbreak would likely result in a “significant recession”, globally and domestically.

The airline made an $891 million profit in 2018/19 but, like its competitors, has been decimated by the spread of the virus and escalating lockdown measures.

Mr Joyce is in discussions with supermarket giant Woolworths to redeploy some Qantas workers.