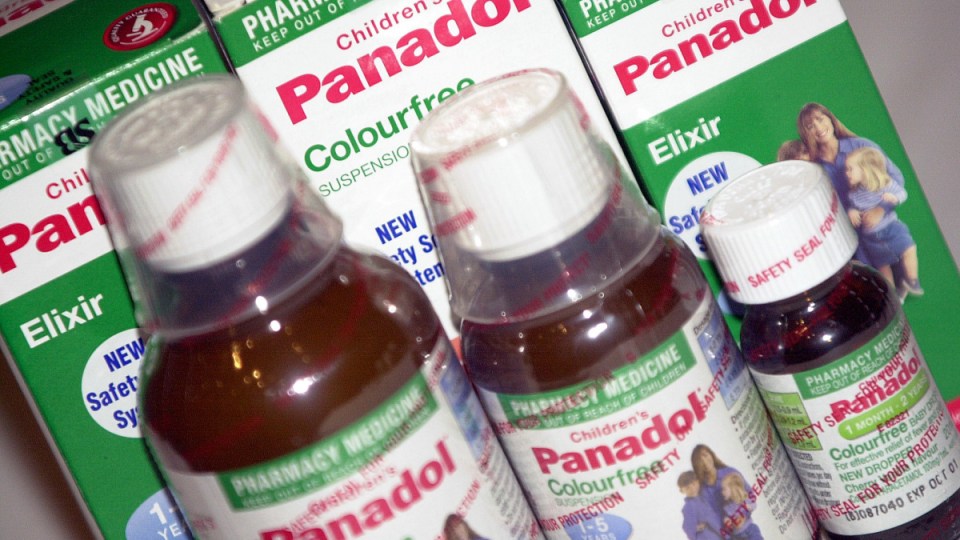 Sales of paracetamol will be restricted after recent panic buying. Photo: AAP

Paracetamol – including the children’s version – and over-the-counter asthma medication Ventolin will be rationed in Australia’s pharmacies to stop consumers hoarding the medicines.

Deputy chief medical officer Paul Kelly announced the new measures on Thursday, warning they were designed purely to slow down the panic buying that is leaving chemists’ shelves empty of basic medicines.

Customers will be restricted to buying a single box of paracetamol and a single Ventolin inhaler at a time.

Pharmacists will also be required to limit dispensing of some prescription products to one month’s supply at the prescribed dose, while sales of certain over-the-counter medicines will be rationed to a maximum of one unit per purchase.

Children’s Panadol will also be put behind counters to assist with compliance with the new rules.

“Please do not buy more than you need for anything, whether that’s food and particularly medicines,” Dr Kelly said.

“We have a very good system of knowing about medicine shortages in Australia, and in fact it is incumbent on all medicine suppliers that they must tell us if there is a shortage now or shortly into the future.

“We have not had that from any suppliers.

“It seems local supply shortages have happened in particular pharmacies.

“For that reason we’ve been working closely today with the Pharmaceutical Guild and the PSA to make sure that that matter is dealt with.

“So we have today worked through with pharmacists that they will be required to limit dispensing of certain prescription products,”

Children’s Panadol has been flying off the shelves since the coronavirus outbreak.

Some mothers have been left in tears after being unable to find medicine for children with fevers.

“Pharmacists, in addition, will be required to place children’s paracetamol formulations, the syrup and the like, behind the counter to assist in allocating supply,” Dr Kelly said.

In a statement, the Therapeutic Goods Administration said there was no shortage of medicines.

The problem was families hoarding over-the-counter medicines, including Panadol.

As a result, the items were being purchased faster than chemists could replace them.

“We will come down like a ton of bricks on those individuals because I think they’re the ones that have created this pattern of behaviour of hoarding and clearing out shelves,” he told 2GB radio on Thursday.

“I’m going to come after those people and I’ll give them a fair warning now – it won’t be a pretty experience when we deal with them,” he said.

“You force us into a position where you need to ration the purchasing arrangements or ration store hours, which I don’t want to do because I think it sends a bad message,” Mr Dutton said.

“But we need to get under control the actions of some people at the moment that remain completely unacceptable.”

Agriculture Minister David Littleproud said there was a stupidity problem rather than a lack of supermarket items.

“They need to take a deep breath, have a cold shower and understand that if they shop normally, then the shelves will be stocked normally,” Mr Littleproud said.

Paracetomol, asthma medication to be rationed to stop hoarding