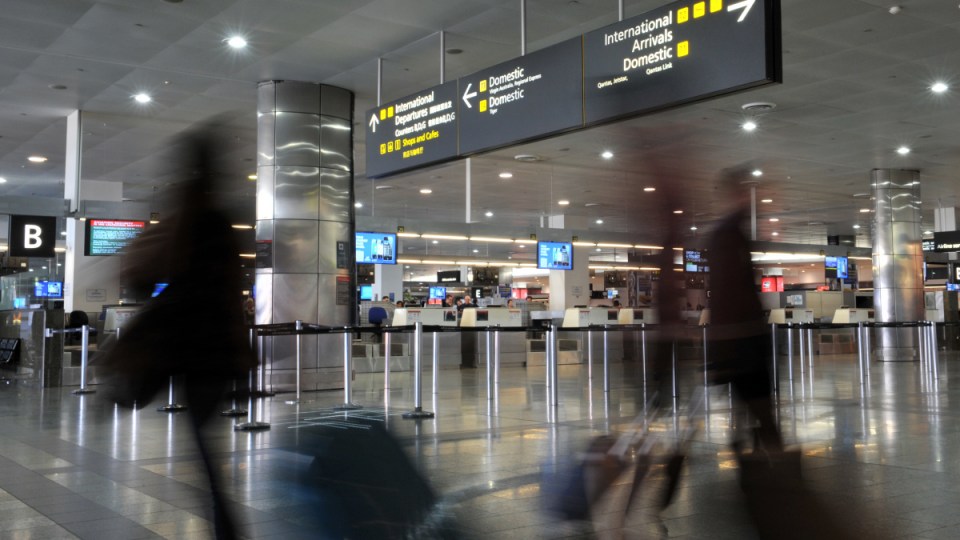 Australia will close its borders to all non-citizens from 9pm on Friday in an unprecedented move to protect the nation from the deadly coronavirus.

Mr Morrison said the majority of new coronavirus cases in Australia were still coming from travellers returning from overseas.

Closing the borders was designed to stop potential coronavirus sufferers from entering Australia.

“We will be resolving to move to a position where a travel ban will be placed on all non-residents, non-Australian citizens coming to Australia, and that will be in place from 9pm tomorrow evening,” Mr Morrison said.

“We have already seen a significant reduction in the travel to Australia by non-citizens in residence.

“It is about one-third of what it would normally be at this time of the year.”

That number had reduced even in the past week, following the requirement for 14 days self-isolation on arrival in Australia.

“We believe it is essential to take a further step to ensure we are now no longer allowing anyone, unless they are a citizen or resident or direct family member, as is applied to all the other travel bans put in place previously,” Mr Morrison said.

The dramatic action came as Tasmania also announced it would force anyone who arrived in the island state to undergo mandatory self-isolation for 14 days.

Mr Morrison said he had spoken to New Zealand Prime Minister Jacinda Ardern about the move.

New Zealand made a similar announcement on Thursday.

“These arrangements will enable, over the next 24 hours or so, for people to make other arrangements if they were intending to come to Australia,” he said.

Australians returning home from overseas will still be able to enter the country.

“They will be subject to 14 days of isolation upon arrival back in Australia,” he said.

He said Qantas had offered to help assist Australians get home.

“We will be working closely with them, and those Australians who are overseas, we have been encouraging them to return to Australia,” Mr Morrison said.

The federal government’s announcement came as the number of coronavirus cases in NSW jumped above 300, with close to 50 cases believed to be locally transmitted.

Among the new cases is a six-year-old, the youngest person to be diagnosed in NSW so far with the deadly virus.

NSW chief health officer Dr Kerry Chant said on Thursday there were 307 confirmed cases of COVID-19 in the state, up from 267 on Wednesday.

Of those, almost 130 were acquired overseas, including recent returnees from virus-hit areas in Europe, Britain and the US.

A further 70 cases remain under investigation.

The total number of cases nationwide on Thursday afternoon was 636. Of those, there have been six deaths and at least 43 have recovered.

Dr Chant said the initial precautionary approach of hospitalising all confirmed COVID-19 cases in NSW had been abandoned as numbers rose.

“It’s reassuring that many of our cases continue to be mild, with currently six patients in intensive care units. Many of our patients are being managed in the community and being managed at home and we are only admitting patients now that require hospital care,” she said.

In other developments on Thursday

The Victorian government said old hospital wards would be recommissioned to help handle patients stricken with the coronavirus.

The measure is part of a $437 million funding boost announced by the Victorian government on Thursday.

It will be used to open 129 new hospital beds in Victoria in the next 12 weeks and buy extra hospital equipment.

Across the border in South Australia, two new hospitals will be set up in Adelaide to treat coronavirus patients.

Premier Steven Marshall said the move will provide an extra 188 beds to manage the anticipated increase in the number of people needing hospitalisation.

South Australia has had 37 coronavirus cases. That figure is expected to rise.

Most of its cases have also been linked to overseas travel.

Australia closes its borders to all non-residents