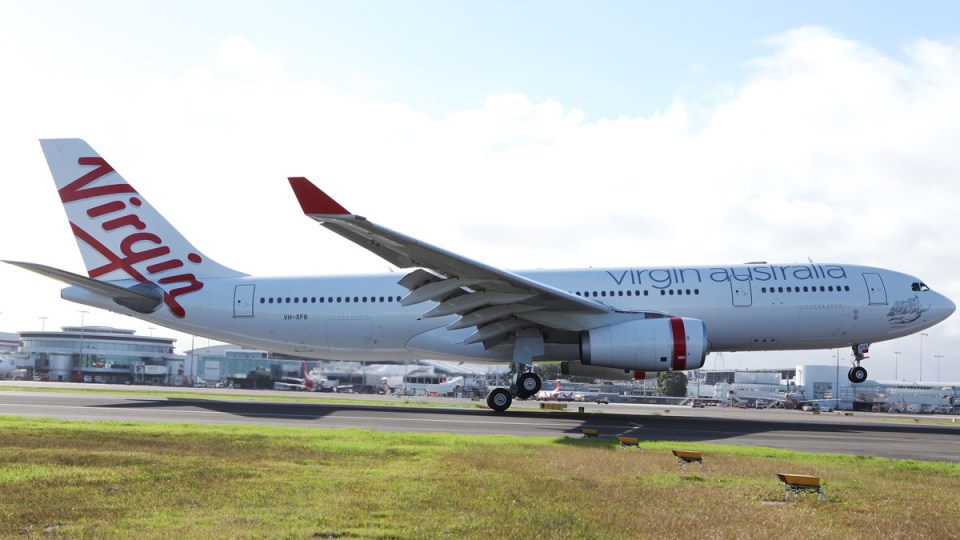 Virgin Australia will suspend all international flying from March 30 to June 14 and reduce group domestic capacity by 50 per cent. Photo: Getty

Virgin Australia will halt all international flights from March 30 and halve its domestic capacity, as travel demand plummets amid the coronavirus outbreak.

The airline announced the move on Wednesday in response to government-imposed travel restrictions announced at the weekend.

International travellers to Australia are required to self-isolate for 14 days upon arrival.

Virgin’s latest round of cuts follow Qantas’ announcement on Tuesday it would slash international seat capacity by 90 per cent. Qantas also warned the moves would leave it with a “significant labour surplus”.

Virgin’s announcement is the equivalent of grounding 53 aircraft. The cuts will apply until June 14.

“The saddest part about this is there will be impacts on our people. What we’re working through now is how that impact can be shared, how it can lessen the long-term impact on people,” he said.

Staff will be encouraged to take unpaid leave, go part-time or job share. Mr Scurrah said many employees had already offered to make such changes.

“It is fair to say that all 10,500 people that work for us right now will see some impact,” he said.

Virgin said it would operate a reduced international schedule until March 29 to enable Australians to return home and visitors to return to their own homes.

The big airlines’ announcements came as Australia’s largest independent regional airline, Regional Express, warned the COVID-19 crisis would bring it down within six months unless it got more support from the federal government.

Some smaller regional carriers had only weeks of reserve left, Regional Express said, warning regional communities would be plunged into “utter chaos and mayhem” if it and other regional airlines collapsed.

Rex withdrew its profit forecast issued on February 28 and said it couldn’t provide a new one.

On Wednesday, the federal government announced a $715 million lifeline to help the ailing airline sector through the coronavirus pandemic.

A range of government charges – including fuel excise, air service charges and regional security fees – will be refunded and waived as domestic and global travel plummets.

The move is expected to create an upfront benefit of $159 million, with the government refunding charges paid since February 1.

Singapore-based Jetstar Asia, which is owned by Qantas, has suspended all flights for three weeks from March 23-April 15.