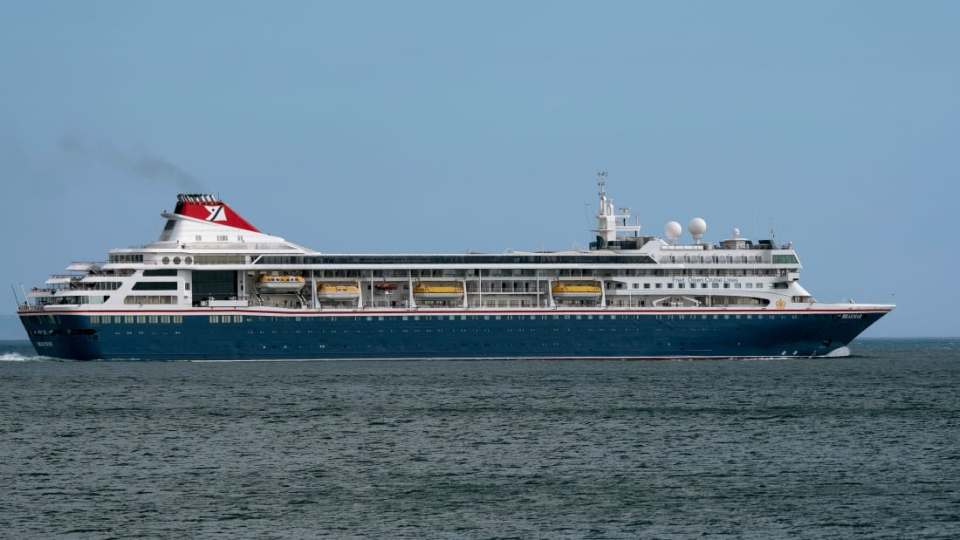 An Australian passenger is among those on board a cruise ship frantically searching for somewhere to dock in the Caribbean after five passengers tested positive for coronavirus.

One Australian and one New Zealander are on board the MS Braemar, which is carrying 682 passengers and 381 crew members.

The British government is urgently scrambling to find a country willing to take the ship, after it was turned away from the Dominican Republic, where it was scheduled to arrive on February 27.

The ship was meant to end its journey in Barbados on Thursday but was turned away again before also being refused in the Bahamas.

Currently, the ship is stranded 25 miles off the cost of the Bahamas and if negotiations to have it docked in the region fail, it will have to voyage back across the Atlantic – a journey that lasts up to ten days.

Passengers are waiting for vital supplies, including extra food, fuel and a small medical team of two doctors and two nurses to help with the outbreak.

Early Monday morning Australian time, Captain Jozo Glavic updated the guests on board, saying they had not got clearance for the supplies to be delivered yet.

“All our supplies and medications are at the pier in Freeport,” he said.

“They have been there since yesterday. We are still waiting for clearance for delivery. We will not go anywhere until we have the medical staff on board and these supplies arrive.

“I can tell you that our situation continues to be looked at as a matter of the utmost urgency between the UK government and our head office.

“Until then, please continue to bear with me and my crew.”

The passengers on board MS Braemar are mostly British, but also include Canadians, Colombians, Irish, Italians, Japanese, Dutch, Norwegians and Belgians.

Passengers have been advised to self-isolate and contact the ship’s medical centre if they felt unwell.

On Twitter, one British passenger posted a video of herself on aboard the ship saying they were being ‘looked after’.

“For everyone that’s worried at home, we’re absolutely fine. We’re being really well looked after,” she said.

On March 9, the company reported two people who had been on the ship tested positive for COVID-19 after returning home.

The prompted six people on the ship with flu-like symptoms to be tested, and five cases of the virus were confirmed on Wednesday – four crew and one passenger. The other test was inconclusive.

After the cases were confirmed, the captain told passengers in an announcement that he was in talks with local authorities and asked that they “bear with me in this incredibly frustrating time, where rumour is plentiful and facts are in short supply.”
Follow Us