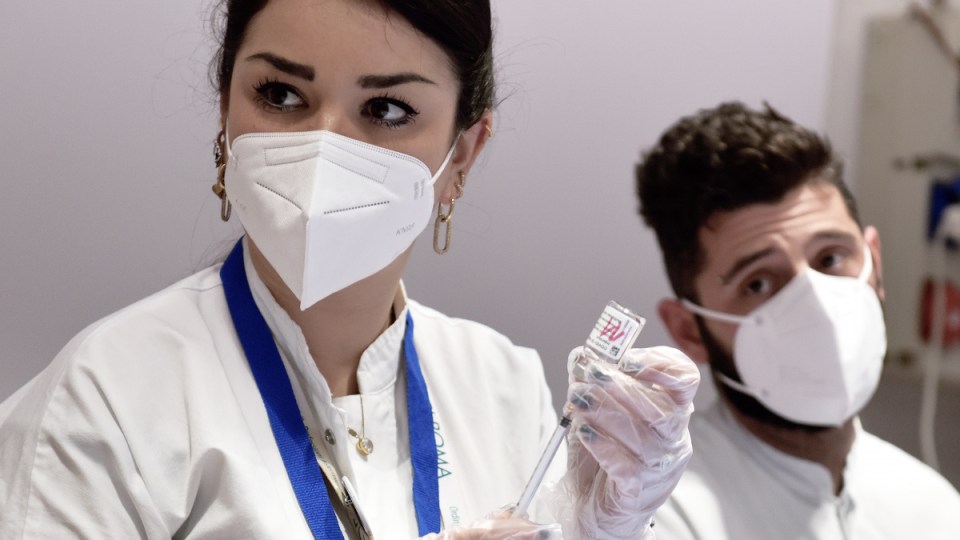 Australian millennials are desperate to be vaccinated and are fed up with an increasingly slow rollout. Photo: Getty

Millennials have a new craze, and it’s not vinyl LPs, smashed avocado or almond milk.

This time Australia’s young adults are aching for something most of them can’t get, and a growing number are feeling frustrated by its scarcity.

For most people under 40, getting a COVID shot is pretty much off limits – but many are trying their luck anyway.

Some of the nation’s most respected epidemiologists agree with them.

“I’ve contemplated turning up to the vaccines centres, even if I’m not eligible, because I am sick of waiting,” Nikita McHugh told The New Daily.

The 27-year-old said their friends were all desperate to get it, especially after watching people their age get vaccinated overseas.

“Seeing younger people overseas book their appointments, or get vaccinated, it’s frustrating we can’t do it here,” Nikita said.

“I feel like the government hasn’t taken accountability for how slow the rollout has been.”

A feeling of being stuck

For many younger Australians, the COVID vaccine represents security, protection for their parents and open borders.

It contrasts with the hesitancy many over-50s feel towards the vaccine, particularly AstraZeneca, which experts have warned threatens to become a major problem.

Since May, anyone over 50 has been able to obtain the AstraZeneca shot, but many have been reluctant because of the much-publicised, but extremely rare, risk of blood clotting.

Young Australians say they feel increasingly frustrated the rollout has gone so slowly.

Kathryn Frances shares a house with a hotel quarantine worker who is eligible for the vaccine due to her occupation.

But she argues she shares much the same risk as her housemate, but she can’t access the vaccine.

“The online system won’t let me book. It tells me I’m not eligible and the phone booking system just hangs up on me every time I try calling,” Ms Frances said.

“I’ve been thinking about just rocking up to the vaccine centres and being like, ‘Hi, someone said I could have one of these?’”

Some young Australians who meet the eligibility criteria still find themselves locked out of the rollout.

Her parents were notified of her eligibility by the Tasmanian health department, but her Melbourne doctor won’t sign off on her paperwork.

Her condition, known commonly as ITP, is extremely rare.

So rare in fact, that GPs have told her it’s not even on the eligibility list provided by the federal government, so she won’t be able to get a vaccine referral.

The last time she caught the common cold, she had to be admitted to hospital.

“I have the Tasmanian government saying, ‘Yes it will be bad, go and get vaccinated’, but because my disease isn’t specifically listed, my doctors are confused as to if they can write me a referral,” she said.

“I have no idea what coronavirus will do to me.”

Some epidemiologists have said it’s time to drop the phased rollout and open vaccines up to anyone who is willing to get it.

Backed by some of the best

Deakin University chair of epidemiology Catherine Bennett and Mary-Louise McLaws, an infectious disease expert at the University of NSW and member of the World Health Organisation’s COVID-19 response team, have backed the idea of an open rollout.

“We have to make it as easy as possible,” Professor Bennett previously told TND.

“There are priority groups, but we shouldn’t stop everything waiting for them to finish. That way, it’ll never finish.”

Australian Medical Association vice-president Chris Moy said he admired the willingness of millennials to be vaccinated because they had in many ways worn the biggest burden.

“To some degree, the younger people in our community have paid a higher price for the lockdowns. They’ve had significant disruption to their futures,” Dr Moy said.

“I think it’s really admirable. They want to get the vaccine, protect the older population.”

Although there was merit to moving to a free-for-all platform, Australia’s limited supply of both AstraZeneca and Pfizer vaccines means we run the risk of priority groups missing out, he said.

“Again you might end up in a situation you might not have enough of the vaccine,” Dr Moy said.

“It’s a tricky dilemma, which will get solved when we can get more Pfizer.”

The best thing eligible Australians can do right now is get the vaccine, he said.

“Keep up the rage. We need to keep this momentum going. We’re now around 140,000 jabs, so we’re starting to cook with gas in terms of numbers.”

Millennials put their arms out in desperation for vaccine