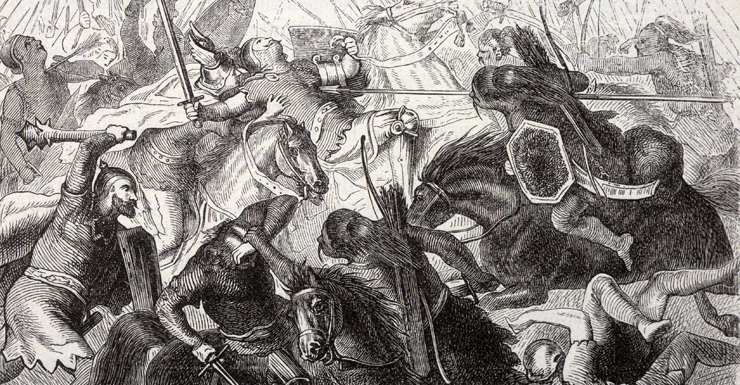 Some historians believe that the halt of the Mongol invasion in Hungary protected much of Western Europe from the fate of the East: rape, pillage and almost utter destruction.

After conquering much of Eurasia, the Mongol armies led by descendants of Genghis Khan fled Hungary, doorway to Western Europe, in the mid-13th century, sparing the West an almost certainly horrible fate.

The spectacular rise and rapid disintegration of the Mongol Empire, the largest contiguous land empire in history, has been meticulously document, but this critical moment is a mystery that continues to evade historians.

In 1242, the Mongols crossed the Danube into western Hungary, but after just two months they suddenly withdrew back to Russia. Was it a courageous defence? A lucky fluke?

Well, according to evidence, a drastic change in Hungary’s climate may have forced the Mongol retreat, and thereby changed the course of European history.

In a new study, published in Scientific Reports, researchers used tree-ring data and documentary sources to calculate the climatic conditions in Hungary between 1230 and 1250 in order to determine its impact of the Mongol withdrawal.

The authors – Professor Nicola Di Cosmo, a historian from Princeton’s Institute for Advanced Study, and Dr Ulf Büntgen, a dendroecologist (tree-ring expert) from the Swiss Federal Research Institute – found that Hungary’s climate switched from warm and dry summers from 1238-1241 to cold and wet conditions in early-1242.

They suggest this weather change caused the terrain to become marshy swampland, which would have made the land unsuitable for pasture, thus reducing the mobility and effectiveness of the Mongol cavalry.

“We aimed to show how short-term climatic anomalies can have a sufficient impact on the environment to make it unsuitable for certain purposes, such as military operations by the Mongols,” Prof Di Cosmo told The New Daily.

“Our hypothesis may not be universally accepted, but [it] brings to the table information not available so far.”

Previously, the two main, competing theories were that internal power struggles after the death of Ögedei Khan in the spring of 1242 forced the retreat, or that Hungarian and Croatian towns were too heavily fortified.

Dr Büntgen explained that by analysing tree rings in the region, specifically tree-ring width and density fluctuations from living and relict wood, they were able to reconstruct the climate conditions from that time and come up with their alternate theory.

“Tree growth under extreme conditions is generally limited by a single dominating climate factor, such as changes in summer temperature near the upper and/or northern tree line and changes in soil moisture availability at lower elevations,” he told The New Daily.

Dr David Brophy, a historian from the University of Sydney, thinks the climate data is a good fit for the historical narrative, but that it was still too difficult to draw any conclusions.

“The study seems to confirm that the Mongols ran into bad weather in Hungary, but it’s still hard to say whether or not the particular cold snap that the authors have identified was a factor in the decision to turn back,” he told The New Daily.

According to Dr Brophy, the research lends support to the theory that the Mongol occupation of Hungary did not last because there was not enough pastureland to sustain a nomadic army.

“We know that the Mongol advance slowed down once they crossed the Danube, and that swampy ground presented an obstacle for them at times,” he said.

“In the absence of any source describing Mongol deliberations at the time, we’re unlikely to ever completely resolve this debate.”

How Europe fended off the Mongol army