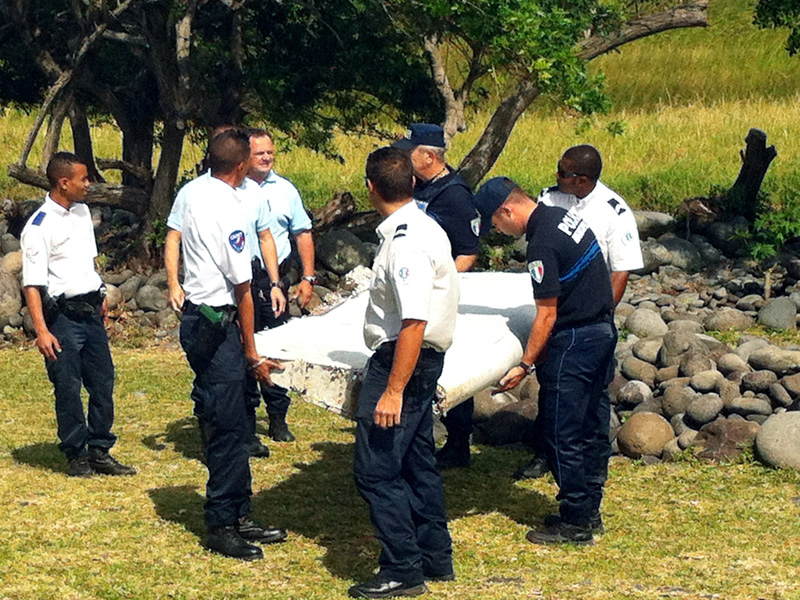 It appears that the debris washed ashore on Réunion, an island east of Madagascar, may be from the missing Malaysia Airlines Flight MH370 which disappeared in March 2014, believed lost at sea somewhere to the west of Australia.

Reunion lies 500km east of Madagascar near the island of Mauritius, around 4,000km from the area where search efforts for the missing aircraft have been concentrated.

That’s a huge distance to travel, even in the 500 or so days it has been since the crash. Is this possible from an oceanographic perspective?

Certainly, it’s possible that aircraft debris – which is built to be relatively lightweight, otherwise it would be difficult for the aircraft to fly – can float quite close to the surface.

The near-surface ocean currents in the region are mainly driven by broad wind patterns.

In the southern Indian Ocean the average long-term near surface circulation is counter clockwise, and so material that enters the ocean southwest of Australia would be carried by the West Australia current northwards, towards the equator.

There it could join the South Equatorial current moving westwards until it joined the Mozambique current travelling along the African coast and past Réunion.

This is quite a reasonable value for the currents in the upper levels of the ocean water column where such debris might find itself suspended.

Even if it is part of Flight MH370, does this provide us with any new information that could help investigators pinpoint the crash site location?

Perhaps “pinpoint” is too strong a word. But it’s certainly possible to use numerical ocean circulation models to trace the route the debris might have taken and suggest new regions of the ocean to search.

Such simulations come with certain assumptions. Just as a weather forecast becomes less accurate the further ahead we try to predict, attempting to re-create a journey like this through simulation becomes less certain the further back into the past we have to travel.

This is because the circulation transporting the debris would be driven by winds, and we are talking about winds over a remote part of the ocean.

This is not to say that it’s not worth doing – it may very well indicate which part of the ocean the search should focus on, and perhaps even more importantly rule out areas not worth visiting.

If one piece of wreckage has emerged, then there may be more to come, which could add accuracy to the prediction model.

Ultimately, when searching an ocean area as huge as the Indian and Southern oceans, any help is better than nothing at all.

Will debris help us find MH370?