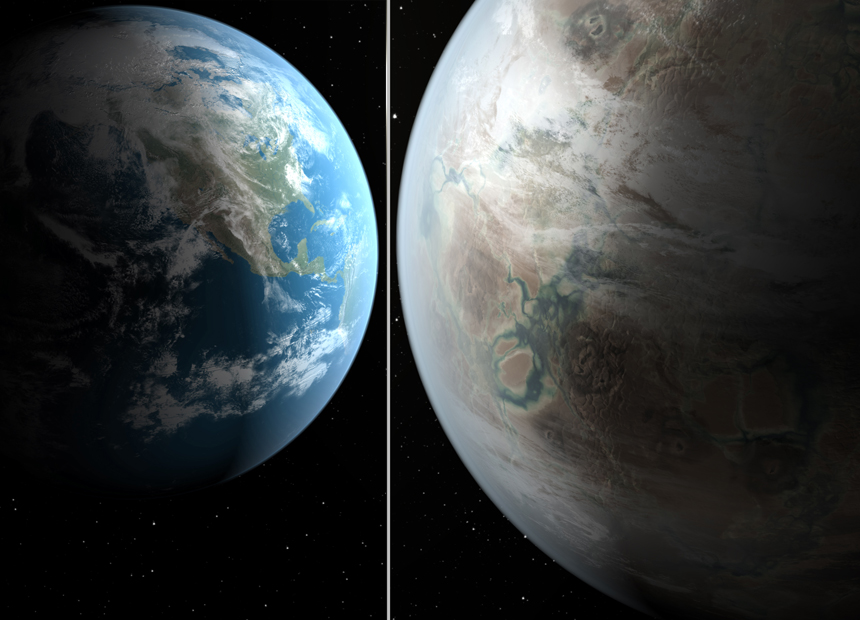 Astronomers hunting for another Earth have found the closest match yet, a potentially rocky planet circling its star at the same distance as our home orbits the Sun.

Named Kepler 452b, the planet — which is about 60 per cent larger than our own — is squarely inside the ‘Goldilocks zone’, making alien life a possibility.

It was detected by the US space agency’s Kepler Space Telescope, which has been hunting for other worlds like ours since 2009.

It could have active volcanoes, oceans, sunshine like ours, twice as much gravity and a year that lasts 385 days, NASA scientists said on Thursday.

University of Sydney physicist Dr Daniel Huber, part of the team who made the discovery, said the find is “very exciting”.

“Kepler-452b is in many ways the closest analogue to an Earth-like planet that we know of to date,” he said in a statement.

A NASA spokesman described it as our “closest twin” or “Earth 2.0”.

A handful of other potential Earths have been found in the past, but none have been as good a candidate for life. Kepler 452b is neither too hot nor too cold to support liquid water.

“Because there is a new kid on the block that just moved in next door, in terms of the surface temperature of the star it orbits and the energy it receives from its star.”

The planet is 1.5 billion years older, four per cent more massive and 10 per cent brighter than our Sun.

But at a distance of 1,400 light-years away, humankind has little hope of reaching this Earth-twin any time soon.