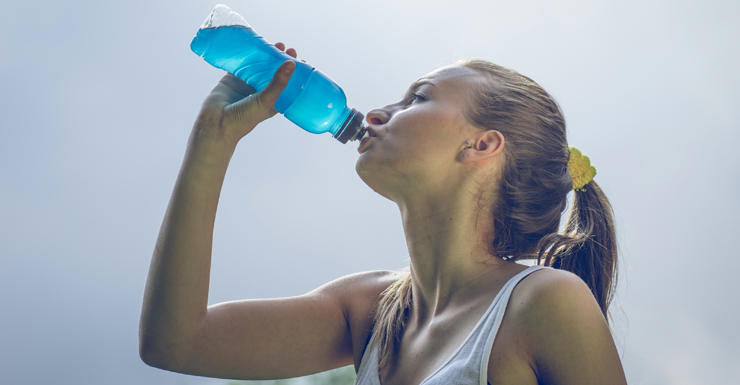 A government body is pushing ahead with a proposal that would reclassify electrolyte sports drinks – products like Gatorade and Powerade – as ‘supplements’, not soft drinks.

Food Standards Australia New Zealand (FSANZ) confirmed to The New Daily it has not abandoned the process that would allow these drinks to carry health claims on their labels, despite an almost year-long delay.

Outcry from health experts has lengthened the process, now in its 10th month. It is expected to continue for “some time”, an FSANZ spokesperson said.

• The science-approved trick to help you exercise
• Forget fat: these three food ingredients are worse
• It’s official. This is the best diet for losing weight

The FSANZ has proposed to allow science-based health claims to be added to these drinks, despite the risk of confusion and seemingly widespread ignorance about the true purpose of these drinks.

“If this change is made, then I think it will make these drinks more attractive than they currently are,” Obesity Policy Coalition spokesperson Jane Martin said.

The only ‘electrolytes’ commonly found in these drinks are sodium and smaller amounts of potassium. The main nutrient is sugar (often as much as contained in a can of soft drink), which is not by definition an electrolyte.

“Given they are high in sugar and salt, they are not designed for the average person who wouldn’t do enough exercise to warrant these drinks,” Ms Martin said.

And yet, consumers feel these athlete-specific products are aimed at them, a report commissioned by FSANZ found.

The New Daily asked an Australian-based electrolyte drink company by email to explain why these drinks are widely available and marketed to the public when most consumers do not exercise enough to need the drinks. No reply was received.

The New Daily also asked how the company defended the use of the term ‘electrolyte’ rather than sodium and potassium, and whether this was clever marketing to downplay the sodium content.

We also asked whether the company believed that most consumers know that sodium is the main ‘electrolyte’ in these drinks. These questions also went unanswered. Adding health claims to the labels of electrolyte drinks might be misleading, experts have warned.

“Allowing health claims to appear on electrolyte drink labels may suggest that [electrolyte drinks] are appropriate for the general population regardless of physical activity levels, when they are only suitable for the small minority of Australians participating in sustained high-intensity or endurance activities of more than 45 minutes duration,” Cancer Council Australia told FSANZ in a submission.

A New Zealand-based health body described the addition of health claims as a “marketing tool”.

“Manufacturers use health claims to create a ‘health halo’. A ‘halo’ means that consumers extend the claim beyond its intended purpose,” the Auckland Regional Public Health Service said in its submission.

“Already, adolescents hold a misconception of the health benefits of electrolyte drinks, and we believe adding a health claim will further exacerbate this misconception.”

In 2001, an Australian researcher surveyed 78 teenagers. Just over half had consumed electrolyte drinks in the past two weeks, and listed ‘good taste’ and ‘quenched thirst’ amongst their reasons for doing so. None acknowledged the drinks should only be used after strenuous exercise.

“While we have all recognised that fizzy drinks are not good for our health, consumers are less savvy about electrolyte sports drinks,” the Auckland Regional Public Health Service said in its submission. Marie Bean, a running coach and former nurse, told The New Daily that she sometimes advises her runners not to use the drinks.

“I warn my runners all the time that sports drinks are only fine when you are running over an hour, before or after your run,” Ms Bean said.

“Drink them when you are not training or too much and, like all things loaded with sugar, they will make you fat.

“The average Australian consumes enough carbohydrates to fuel a marathon runner and 99 per cent of them are not running marathons.”

“Salt depletion in our climate is very rare and added sugar is not just a waste of time, but is potentially addictive and bad for you,” Dr Massage said.

For athletes, the helpful and science-backed ingredients in electrolyte drinks can be obtained from bananas and by dissolving small amounts of table salt and sugar in water.

This is what ‘electrolytes’ really are