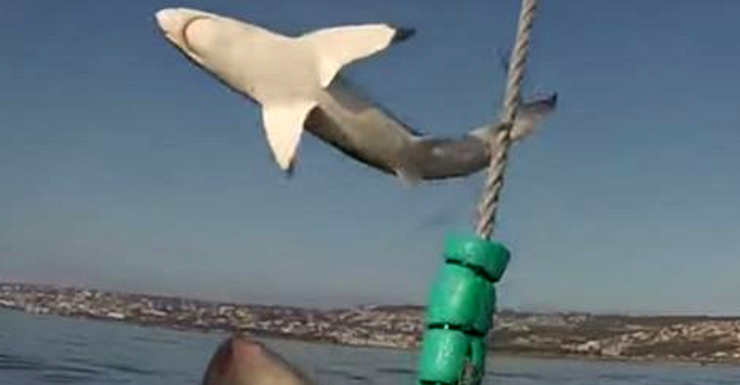 While his mate munches on a tasty bit of bait, a great white shark has tried to show off his acrobatics to a camera man.

The video was captured by Remo Sabatini in Mossel Bay, South Africa.

Those aboard the boat with Mr Sabatini gasp in surprise as the flying shark steals the limelight.

Great whites often jump out of the water in a dramatic display known as ‘breaching’, but this looks like a particularly inelegant effort.

Breaching is impossible to predict, so it is difficult to catch on camera, as Mr Sabatini managed to do.

In this instance, the feeding shark probably thought he was going to be the star of this story.