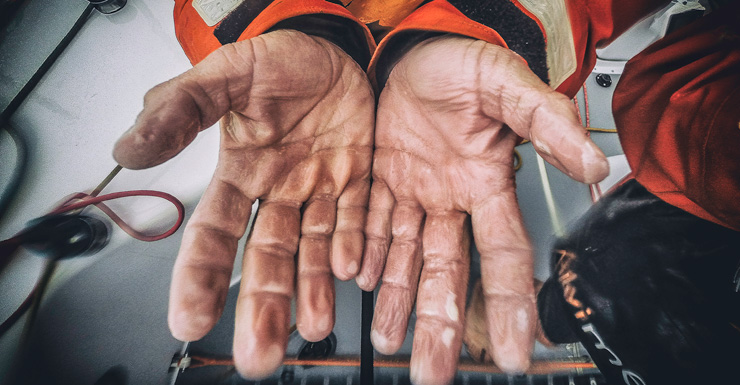 A potentially poisonous chemical continues to be used as the active ingredient in a wide range of Australian hand sanitisers, despite offering no extra protection.

Germ-killing agent triclosan has been banned in the European Union and in the US state of Minnesota, but is legally included in Australian anti-bacterial hand washes, provided it consists of no more than 0.3 per cent of the product.

Triclosan has been found to remove no greater amount of bacteria than soap; cannot kill viruses like the common cold; and poses risks to humans, animals and plants.

An Australian government review in 2009 found triclosan to be a skin irritant and toxic to humans if inhaled. It noted that the levels in hand wash and other products posed a “low” risk of direct harm.

Triclosan also threatens the environment when flushed away, potentially harming life near the wastewater pipes that empty into the ocean, the report found.

It is very toxic to fish, aquatic plants and algae “at all levels of wastewater management”, although the actual risk was deemed “low” because triclosan becomes diluted by sea water, the report concluded.

As a result of the government review, triclosan in concentrations greater than 0.3 per cent were classified as a poison of moderate to high toxicity with the potential to cause death or severe injury.

The “majority” of antibacterial washes on the market contain the chemical, a general practitioner told The New Daily.

There is also some concern that widespread triclosan use could be increasing the strains of bacteria resistant to the chemical.

“If we’re flooding our lifestyles with these low-level antimicrobial ingredients, we’re giving the bugs a chance to build a resistance to them, which means we’re taking those tools away from the medical industry,” said Dr Kerryn Greive, a scientific consultant to Ego Pharmaceuticals.

The government report found no available data to prove that triclosan use was increasing bacterial resistance.

Dermatologist Dr Michael Freeman told The New Daily he would recommend soap and water for general hand washing, and an alcohol-based wash if consumers are concerned about catching an illness.

Soap is preferable because it “doesn’t necessarily take away the friendly germs”, whereas alcohol is superior to triclosan because it kills viruses as well as bacteria, Dr Freeman said.

Those with dermatitis would benefit from a soapless, cream-based cleanser, he said.

Dr Freeman’s advice is consistent with guidelines from the United Nations’ health body.

The World Health Organisation (WHO) advised healthcare professionals to use alcohol-based products because these are better than soap at killing germs.

This holds true except when hands are visibly dirty. Soap is best for removing grime, the WHO said.

Consumers wishing to avoid triclosan can find it listed as an ingredient in many popular antibacterial washes.

Why your hand wash is dangerous – and useless