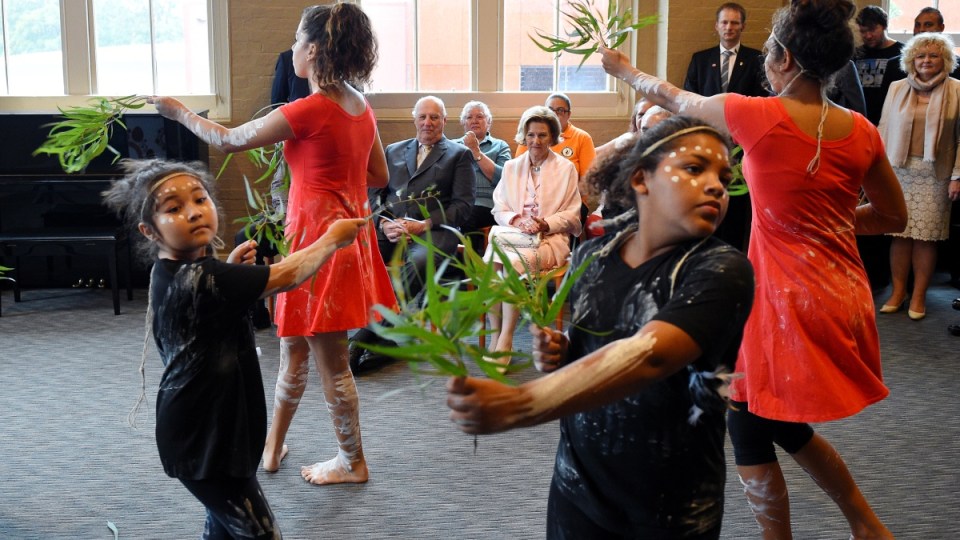 The National Centre for Indigenous Excellence in Sydney's Redfern is due to shut for good next week. Photo: AAP

Sydney Aboriginal community advocates have threatened to hold a sit-in at the National Centre for Indigenous Excellence (NCIE) to protest against its looming closure.

Staff and locals are calling for an investigation into how the centre in Redfern has run up a $2 million annual loss, and for the federal organisation that runs it to request funding to keep it open.

Locals were shocked on Monday to discover the centre would close in a week, despite becoming a cultural and community lifeline for local Aboriginal people since opening in 2006.

Staff at its aquatic and fitness centre will be out of a job within days.

The National Centre of Indigenous Excellence is the beating heart of the Aboriginal community in Redfern.

I have spoken with the CEO and Chair of the Indigenous Land and Sea Corporation and the Member for Sydney today.

Programs that support the local Aboriginal community, including employment services, have already been axed while working parents will be forced to find alternative child care.

The centre’s operator, the Commonwealth’s Indigenous Land and Sea Corporation, has for years been at loggerheads with its leaseholder, the NSW Aboriginal Land Council, on how to keep the institution’s doors open.

But the centre’s staff and the community groups that operate on its premises only learned of the talks on Monday, at the same time they were told the centre would close.

The facility’s widely used basketball centre was packed out on Tuesday afternoon as speakers appealed for help.

Hundreds gathered at the NCIE after the abrupt news that it would close on Monday, leaving dozens of Aboriginal staff jobless and youth without their safe space.@Jodan_Perry & @rachaelknowles_ reporthttps://t.co/9Mr3fFNj3O

Redfern Youth Connect co-founder Margaret Haumono urged the two organisations to come to an agreement or find someone to help fund the centre.

The atmosphere became heated when members of the council tried to give their side of the story.

“We’ll do everything we can to keep this centre open,” its chief executive Yuseph Dean told the audience.

People have vowed to return to the centre next Monday morning, when the institution will shut, to hold a sit-in at the basketball court to protest against the closure.

Members of the corporation were not present on Tuesday but said they were unable to reach an agreement with the council on how to keep the centre open.

The council, which is funded through a trust, refused to take on the centre’s operating debt.

“Our organisations have worked together in good faith to try and secure the future of the NCIE,” a joint statement said.

“We have not been able to reach an agreement … we are disappointed by the outcome.”

Federal Minister for Indigenous Australians Linda Burney described the centre as “the beating heart of the Aboriginal community in Redfern”.

“I strongly encourage the Indigenous Land and Sea Corporation and the NSW Aboriginal Land Council to work together to find a solution so the centre’s programs and services continue to benefit the local community,” she posted on social media.