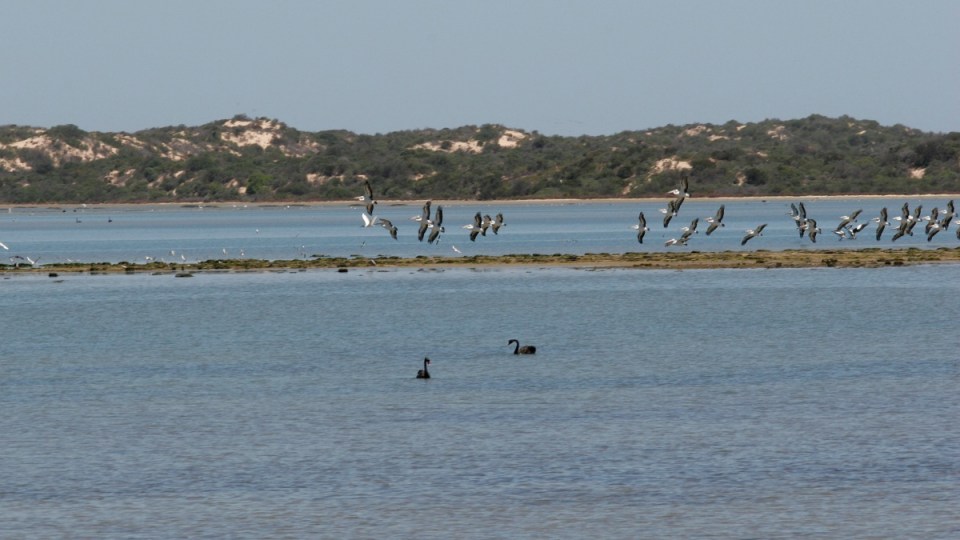 The Murray Darling Basin will not receive 450 GL of water promised for the environment by June 2024. Photo: AAP

A $1.8 billion fund set up to boost environmental water flows in the Murray Darling Basin will broadly fail, after the Morrison government killed off a scheme to recover water from farmers.

An independent review has found the federally funded Water for the Environment Special Account (WESA) will not achieve either of its goals.

The basin will not receive the 450 gigalitres of extra water promised for the environment by June 2024.

And a large body of work to dismantle or modify constraints – often physical barriers that prevent natural water flows – will not be completed by the same date.

That is despite a total of $1.775 billion having been set aside since 2014, most of which has not been spent.

Water savings from work such as lining irrigation channels were then split between the irrigator and the environment but Mr Pitt dumped the scheme, saying rural communities could not sustain the economic hit from reduced irrigation.

He said the 450 gigalitres would be recovered from other “off-farm” sources, such as upgrading water pipelines, but the review released on Tuesday says that will not happen.

“It is not possible to reach the 450GL target through the current efficiency measures program – the Off Farm Efficiency Program – even if the WESA’s time and budget limits were removed,” the review found.

“Putting aside program and timing limitations, the estimated cost to recover the full 450GL through efficiency measures is between $3.4 billion and $10.8 billion.”

Only 2.6GL has been recovered or contracted to be recovered through previous efficiency programs but the review noted it was possible to recover up to 60 GL more under the off-farm scheme by June 2024.

On efforts to deal with constraints to water flows, it found only two of six projects “could possibly be delivered by 30 June, 2024, but it is not possible for the other four projects to be implemented by this date”.

Environment Minister Tanya Plibersek said the review was an example of another grim report buried by the previous government before the election.

“It was handed to … Keith Pitt before Christmas last year,” she said.

“Their failure to deliver on the plan wasn’t due to a lack of money – it was a lack of will. It shows nine years of inaction on the 450GL, with a fund just sitting there.”

The Conservation Council of South Australia says the review is a depressing summary of what years of poor decision making can do.

“The previous government decided to step away from cheaper options and only do the off-farm efficiency approach, which is a hyper-expensive way of returning water to the system,” chief executive Craig Wilkins said.

“If we were to try to secure the full 450GL using the previous government’s preferred methodology the potential expense is more than $10 billion.”

Mr Wilkins urged Ms Plibersek to make sure what is left in the fund is used for voluntary water buy backs.

“Voluntary buy backs are the most cost effective and efficient form of water recovery,” he said.

He reminded the minister the Murray Darling Basin Plan is set for review in 2024.

“Under the act, if there is shortfall in water recovery then the federal minister is obliged to make up the difference … so there is enormous pressure on Tanya Plibersek to identify ways to make up the shortfall.”

Murray Darling will not get water returns promised by June 2024: Review