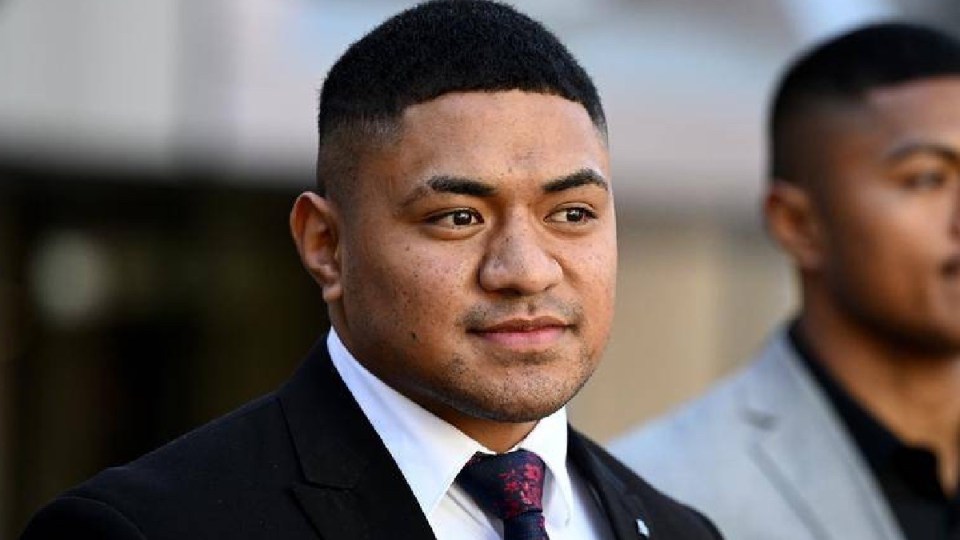 Manly hooker Manase Fainu has testified that he didn't stab anyone and still has no idea who did. Photo: AAP

A witness has told a jury he saw Manly hooker Manase Fainu plunge a steak knife into the back of a youth leader outside a Sydney church dance.

“Levi just screamed in pain, he was on the ground,” Tony Quach testified in the NSW District Court on Thursday.

Fainu, 24, has pleaded not guilty to wounding Faamanu Levi, known as Levi, with intent to cause grievous bodily harm at Wattle Grove late at night on October 25, 2019.

The jury has heard evidence that before the stabbing in the car park a fight had erupted on the dancefloor of the charity event organised by the Church of the Latter Day Saints.

Mr Quach said after deciding to leave the dance, he and a group of friends were near Mr Levi’s car discussing plans to go to the beach the next day.

He saw four men, including a 186cm Tongan with a mullet and a man he recognised as Fainu who had a sling on his left arm.

“They walked towards us and started to offer us out, to have a one-on-one,” he said.

The big guy landed the first punch on Mr Levi, before Mr Quach said he reacted by trying to push him out.

After one of their group said “he has got a knife”, Mr Quach said he turned around and had a clear view of Fainu.

It was a steak knife and Fainu was holding it with a clenched fist with his right arm bent.

The witness said the lights were on in the car park and he could clearly see the accused’s face and noted he had a goatee and was wearing a cap.

“I approached him and pushed him back and told him to get out” before Fainu stumbled backwards.

“I saw the knife plunged into Levi’s back,” he said.

Asked by the prosecutor Emma Curran who had plunged the knife, he replied: “The accused”.

Mr Levi was on the ground screaming in pain and bleeding.

“Every time he breathed it just flowed out a lot.”

Under cross-examination, he said he personally did not know the footballer but his friends has posted Instagram stories about the NRL.

“He was very famous at that time,” he said.

He replied yes to Fainu’s barrister Margaret Cunneen SC when she asked if her client was so famous that the minute he saw him he knew him.

She referred him to his police statement, made the morning after the stabbing, in which he said: “I didn’t know it was Nase at the time”.

He replied that it was after the incident that he realised it was him.
He recognised his features, with the main one being the sling.