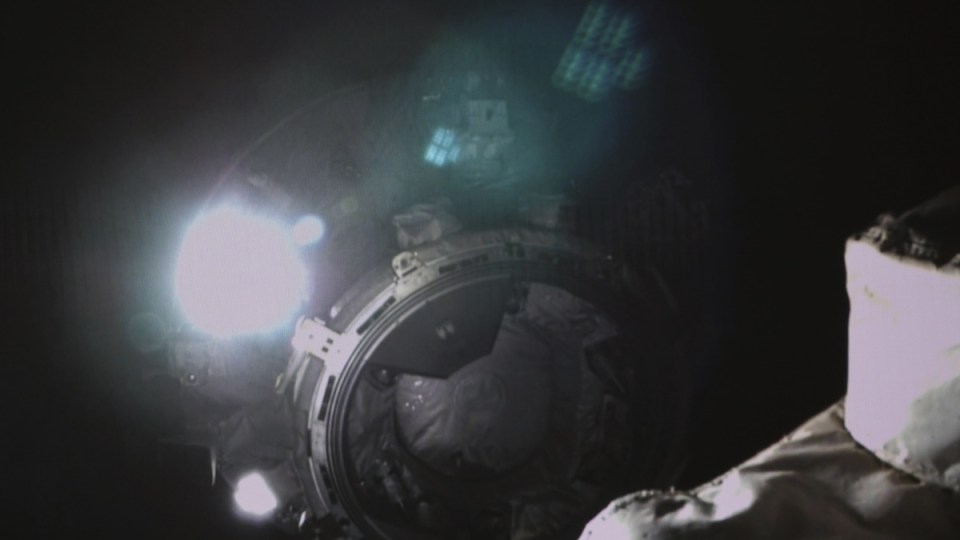 The Tianzhou-3 cargo craft had been docked with China's space station. Photo: AP

A Chinese cargo spacecraft that serviced the country’s permanent orbiting space station has largely burned up on re-entering the atmosphere, amid separate concerns over China’s decision to allow a massive booster rocket to fall to earth uncontrolled.

Only small parts of the Tianzhou-3 ship survived to fall safely on Wednesday into a predetermined area of the South Pacific, the China Manned Space Agency said.

Until July 17, the spacecraft had been docked with the station’s Tianhe core section and its return follows the addition of a laboratory module on Monday as China moves to complete the station in the coming months.

The booster that has drawn attention from the space community was part of the massive 23-tonne Long March 5B-Y3 rocket that carried the Wentian module to the station, aboard which three astronauts reside.

Watch the last minute of Tianzhou-3 before its signal was lost as it re-entered over the Spacecraft Cemetery in southern Pacific. Tianzhou-3 stayed in orbit for 310 days, so far the longest by a Chinese transportation spacecraft.
(c)空天逐梦https://t.co/xPArB70rzZ pic.twitter.com/18o1QNw3Va

China decided not to guide the booster back through the atmosphere and it is not clear exactly when or where it will come down to earth.

It will largely burn up on return, but there remains a slight risk of fragments causing damage or casualties.

While China is not alone in such practices, the size of the Long March rocket stage has drawn particular scrutiny.

The country has allowed rocket stages to fall back to Earth on their own at least twice before, and was accused by NASA last year of “failing to meet responsible standards regarding their space debris” after parts of a Chinese rocket landed in the Indian Ocean.

China also drew heavy criticism after using a missile to destroy one of its defunct weather satellites in 2007, creating a massive debris field.

“It is understood that this type of rocket adopts a special technical design that most of the components will be burnt up and destroyed during the re-entry process,” Zhao told a daily briefing.

“The possibility of causing damage to aviation activities or on the ground is extremely low.”

The US excluded China from the International Space Station because of its military ties.