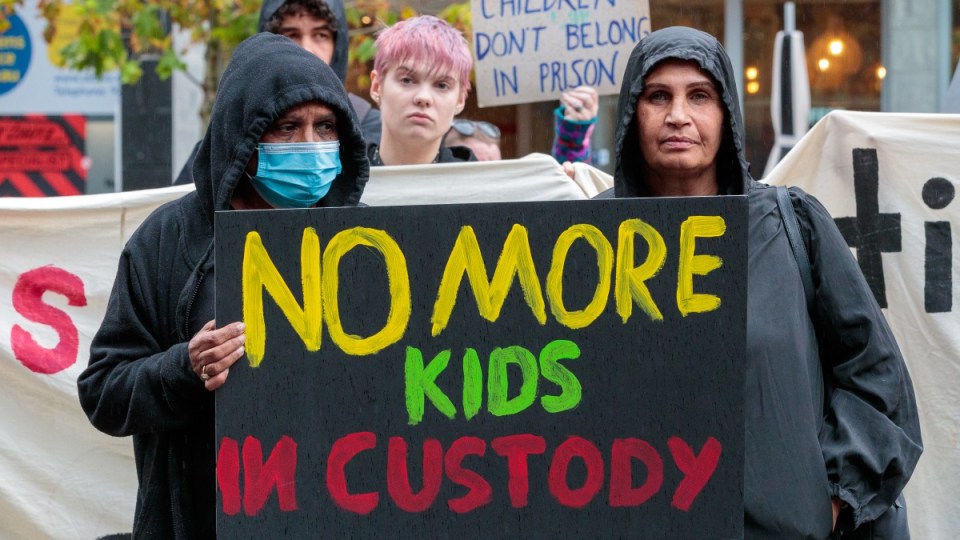 A plan to move young inmates from juvenile detention to an adult prison has sparked protest in WA. Photo: AAP

A group of 17 boys in Western Australia have been moved from youth detention to an adult prison, with no timeline set for their return.

WA’s justice department confirmed the boys, aged as young as 14 and mostly Indigenous, had been relocated on Wednesday from Perth’s Banksia Hill detention centre to a standalone facility at the nearby Casuarina maximum-security prison.

Officials say the detainees have been destroying property, escaping from their cells, assaulting staff and harming themselves.

They have promised the boys will be kept away from adult prisoners in safe and secure units while repair works are completed at Banksia Hill.

Today I inspected the wing at Casuarina Prison where it is proposed that up to 20 young people from Banksia Hill Detention Centre will be moved to later this month.

I have serious concerns about incarcerating children and young people in a maximum-security adult facility. pic.twitter.com/9OzQSKSejj

But advocates have called for urgent reform amid a spate of self-harm incidents and after an independent inspector found some boys were spending as little as one hour per day outside of their cells in violation of their human rights.

The grandmother of one of the transferees, whose time at Banksia was described by a judge as one of “prolonged, systematic dehumanisation and deprivation”, has said she fears the 15-year-old will take his life at the adult prison.

Department of Justice director-general Adam Tomison said authorities were “left with no option” amid unprecedented destruction and attacks on staff.

“We have been managing emergency conditions at Banksia Hill since September last year, leading to a recent escalation in extreme behaviour and numbers of critical incidents, including detainees breaching their sleeping quarters,” Dr Tomison said.

“The number and severity of incidents over several months has seen an increase in lockdowns while staff respond to what has become a co-ordinated and unparalleled attack on the centre’s infrastructure.”

The department said detainees would be regularly assessed and return to Banksia Hill “as soon as practicable”.

It promised the boys would have access to education, secure recreation facilities and cultural, medical and psychological services.

About 600 past and present detainees have signed up for a planned class action led by Levitt Robinson Solicitors, alleging they suffered inhumane treatment, were excessively restrained and denied access to education.

The case is before the Australian Human Rights Commission, the first procedural step involved in filing a class action in the Federal Court.

First Nations-led advocacy group Change the Record said it was appalled by the decision of the WA Labor government to relocate the detainees.

“Children do not belong in prison, they do not belong in maximum security adult prisons, and they should not be punished for the failures of adults to keep them safe,” national director Sophie Trevitt said.

‘Left with no option’: WA government moves boys to adult prison despite protests