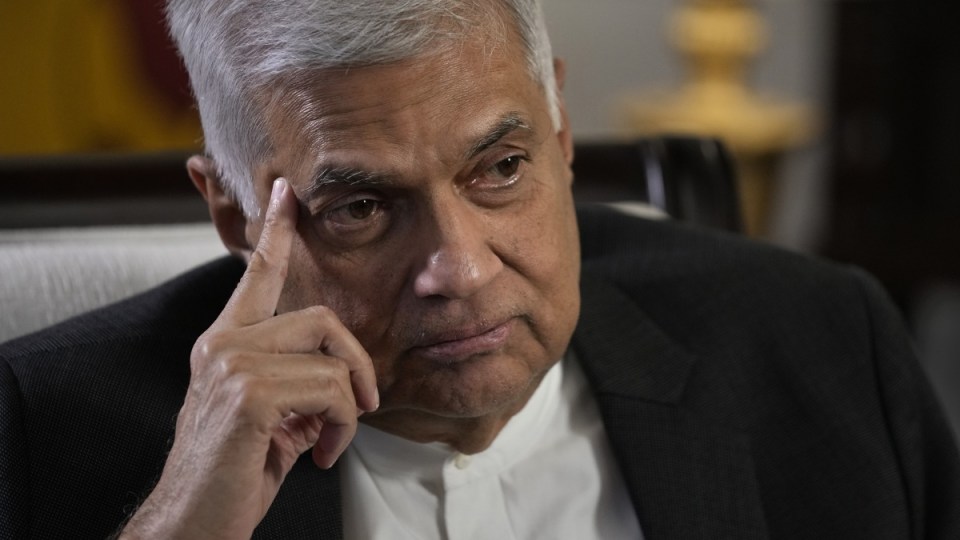 Ranil Wickremesinghe has been voted in as the eighth executive president of Sri Lanka. Photo: AP

Ranil Wickremesinghe, a lawyer who served as Sri Lanka’s prime minister a record six times, has finally made it to the top job, securing the presidency after winning a parliamentary vote despite fierce public opposition to his candidacy.

“I thank parliament for this honour,” the 73-year-old said after his victory was announced by the secretary-general of the legislature on Wednesday.

He secured 134 votes in the 225-member house, while his main rival, ruling party lawmaker Dullas Alahapperuma, got 82.

He has ran unsuccessfully for president twice before but secured enough votes among lawmakers despite controlling just one seat – as leader of the United National Party (UNP).

His experience in senior government positions, and a reputation as a shrewd operator that earned him the nickname “the fox”, should count in his favour as he seeks a way out of Sri Lanka’s devastating economic crisis.

Mr Wickremesinghe has also recently negotiated with the International Monetary Fund (IMF), and enjoys a working relationship with key donor countries including India.

Whether he can quell mass protests that led to the ouster of the previous president, Gotabaya Rajapaksa, remains to be seen.

Hundreds of thousands of demonstrators took to the streets earlier this month to vent their fury at soaring inflation, shortages of fuel and other vital goods, regular power blackouts and what they see as corruption among the ruling elite.

While the focus of their ire was Mr Rajapaksa, a member of the country’s most powerful political dynasty before the crisis who fled the country for Singapore, they also demanded that Mr Wickremesinghe stand down – something he refused to do.

Mr Wickremesinghe’s victory in parliament came after he secured the backing of many within the main party, Sri Lanka Podujana Peramuna (SLPP), that is dominated by the Rajapaksa family.

He took over as prime minister in May after the former president’s elder brother, Mahinda Rajapaksa, quit from the position following clashes between pro and anti-government protesters that triggered a deadly wave of violence.

Since then, Mr Wickremesinghe has been involved in negotiations with the IMF for a potential bailout package of up to $3 billion, besides working on an interim budget to slash government expenditure.

“This is a economic crisis and not a political crisis,” the SLPP’s General Secretary Sagara Kariyawasam told Reuters.

“We feel that Ranil Wickremesinghe is the only person with the experience, the know-how and the capacity to provide solutions to the economic crisis.”

As president, he is to complete Mr Rajapaksa’s term that was scheduled to end in 2024.