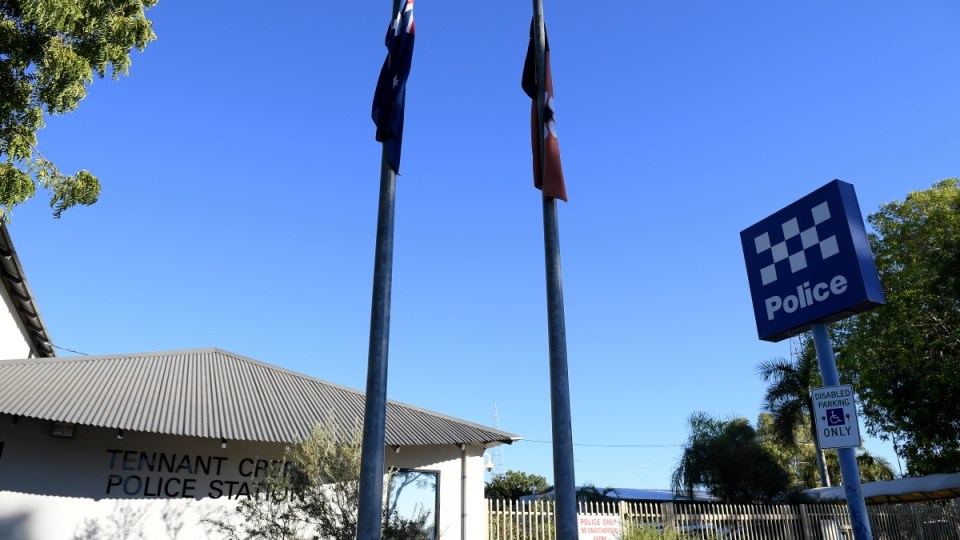 A pharmacy worker has disarmed a would-be robber during an alleged hold-up in an outback town in the Northern Territory.

A 47-year-old man had attempted to rob the United Chemist in Tennant Creek on Wednesday afternoon, a police spokesman said.

Officers were called to the business on the Stuart Highway about 12.30pm after receiving a report that a man armed with a gun was threatening staff.

As they arrived at the scene a staff member disarmed the alleged robber.

“The experience itself would have been fairly traumatic to those involved, however, we’re thankful no one was physically harmed during this incident,” Superintendent Peter Dash said.

“This was a on-off event and we do not expect any repercussions or similar incidents.”

Others show an officer walking away from the business holding a shotgun, and a man being wheeled towards an ambulance on a gurney.

Police declared the pharmacy a crime scene and the man was taken into custody to be interviewed over the alleged incident.