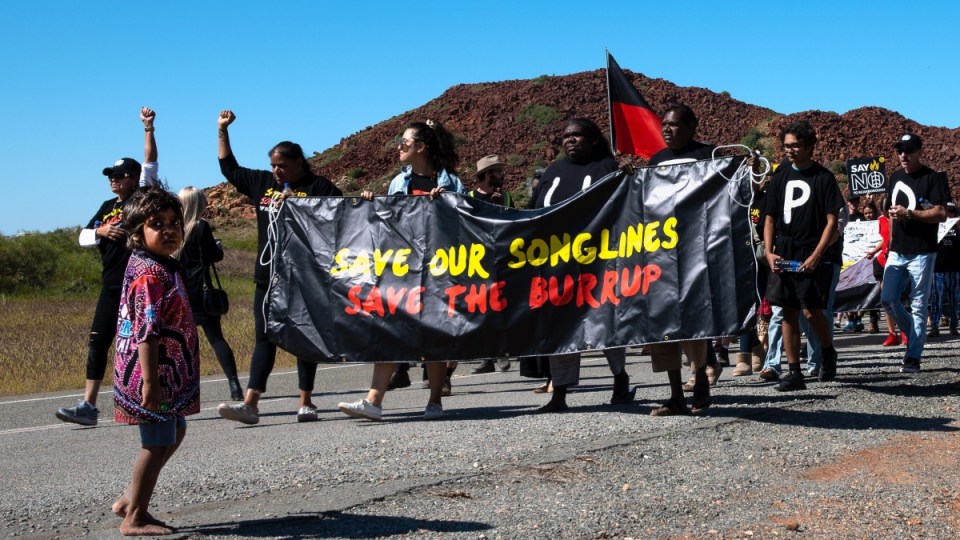 Traditional owners in Western Australia have asked the Albanese government to stop the development of a fertiliser plant that threatens ancient rock art.

The project has won industry and government backing, including $255 million in loans from the former Morrison government towards port and water infrastructure.

But traditional owners fear pollution from the plant will greatly accelerate the degradation of 40,000 year-old rock art, ultimately destroying it for good.

We have written to the Federal Environment Minister and Indigenous Affairs Minister demanding immediate intervention following works approval for the Perdaman fertiliser plant on the Burrup including the removal of several sacred rock art sites. pic.twitter.com/SSLk37tRmJ

They also requested the appointment of a reporter to assess the cultural heritage impacts of industry on the Burrup Peninsula under section 10 of the Aboriginal and Torres Strait Islander Heritage Protection Act.

In a statement on Tuesday, Ms Plibersek confirmed she had received the application but declined to comment further while it was under assessment.

In their letter to the ministers, Ms Cooper and Ms Alec said the Perdaman project would involve the removal of several pieces of rock art to make way for the plant, “including a rock art panel containing a restricted secret/sacred motif”.

This would constitute a “completely inappropriate act of desecration of one of the most important Aboriginal cultural sites in Australia”, they said.

The pair earlier this month took their fight to the United Nations, addressing officials in Geneva about their efforts to protect the sites.

Murujuga is widely regarded as being the origin of many songlines that span the continent.

The many thousands of individual petroglyphs have been described as “the world’s oldest and largest art gallery” and are shortlisted for UNESCO world heritage protection.

A previous application for a 60-day moratorium on works was rejected in March by former environment minister Sussan Ley as work had not yet commenced.

Perdaman has previously said the project will have minimal impact on rock art.