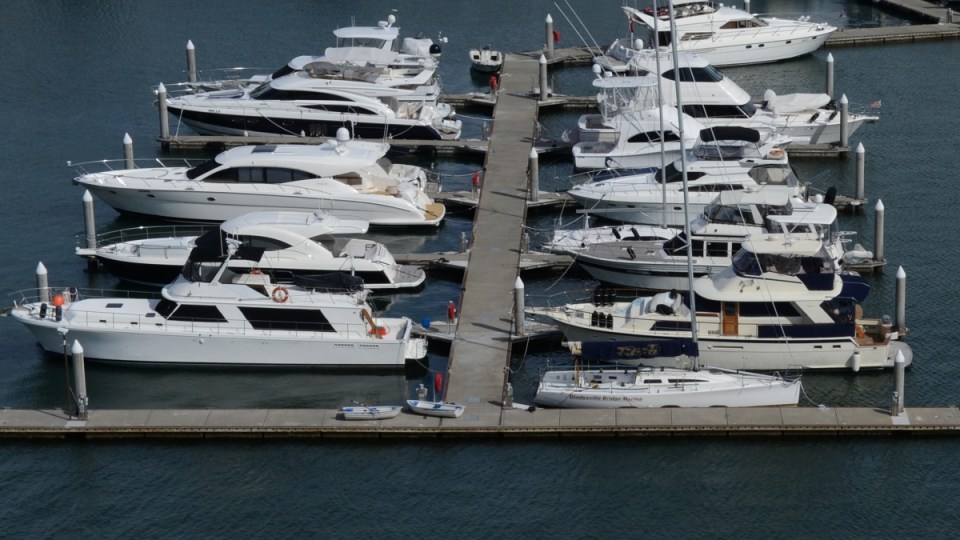 A court has rejected Gladesville Bridge marina's expansion, saying it would be "visually intrusive" Photo: AAP

The expansion of the Gladesville Bridge marina to accommodate over 100 vessels has been described as “visually intrusive” and prohibited by a state court.

On Tuesday, the NSW Land and Environment Court dismissed the second attempt to have the project green-lit in a win for local community group Save Gladesville Bridge Waterway, which opposed it.

Commissioner Peter Walsh found the proposal prevented the aim of protecting the Sydney Harbour foreshore as an outstanding natural and public asset for future generations.

The project, which would have expanded the number of berths from 55 to 109, would create visual impact problems for those using the foreshore, he wrote.

“It is unreasonable that the pleasant scenic outlook into this embayment should, as a consequence of the proposal be lost almost in its entirety, to those otherwise enjoying the qualities of the waterway, now and into the future; such as those who might be commuting, exercising and generally enjoying recreational times on this part of the harbour.”

The marina sits on the southern foreshore of Parramatta River between the Gladesville Bridge and Five Dock Point.

In his judgment, the commissioner found that the “wall of boats” proposed to be moored in the vicinity was not in the public interest.

“There is no doubt that boats can be pleasant to look at of themselves. But due to the expanded marina length, and then the size of the vessels proposed, the proposal would be a visually intrusive, negative factor and incompatible with the existing character of the embayment,” he wrote.

The lawsuit was filed by Drummoyne-based Enares Pty Ltd, which sought development consent from the City of Canada Bay Council.

The council raised several issues regarding the expansion.

As well as the visual impact, it argued that the project would impede the equitable public access to the waterway, create parking issues and detract from heritage sites in the area.

Enares’ initial application for the expansion was rejected by the Sydney Eastern City Planning Panel in July 2021, leading to its second bid in the LEC.

Save Gladesville Bridge Waterway president Graeme MacLaren said the LEC had made the right decision.

“This is a win for the Heritage of the Gladesville Bridge and surrounding area and for all of those people that use the Parramatta River including the sailing clubs, rowing clubs, the fisherpersons and RiverCat users.”

He called the application a complete waste of the council’s and community’s time and money, but said there were still concerns that Enares would submit a further varied application to expand the marina.

The marina was a public asset which should never have been handed over for development to Enares by Transport for NSW, he added.