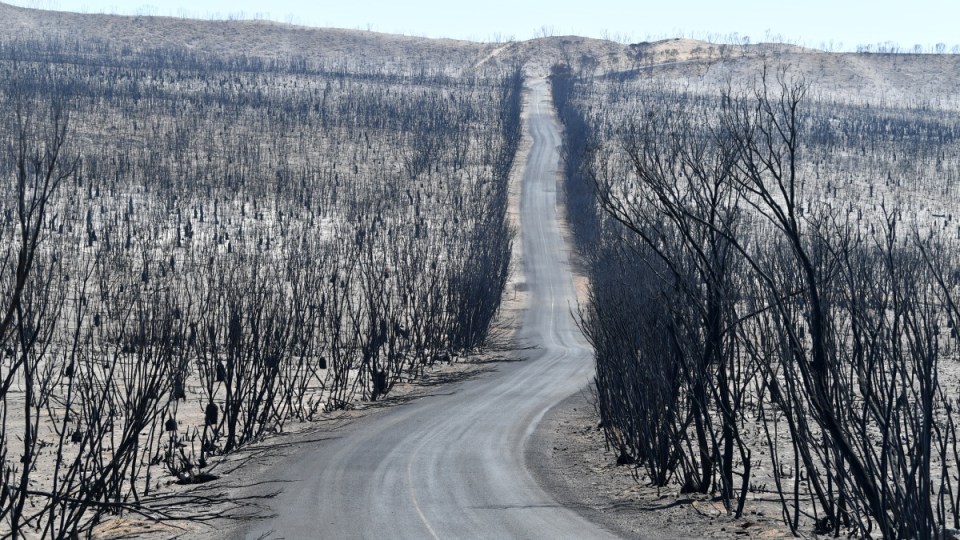 Kangaroo Island was left ravaged by the damage done by bushfires in January 2020. Photo: AAP

Australia’s environment is sick and getting sicker as the combined effects of climate change, pollution, land clearing and mining take a dangerous toll, a landmark report says.

The State of the Environment report is a five-yearly health check on the natural ecosystems that underpin every aspect of life in Australia, and the news is resoundingly bad.

“Overall, the state and trend of the environment of Australia are poor and deteriorating,” says a summary of the 2000-page document, which will be released in full on Tuesday.

It details “abrupt” changes in ecological systems over the past five years with climate change adding a devastating new layer to the accumulation of other threats.

The result is a growing list of threatened species trying to survive in shrinking and degraded ecosystems that are being ineffectively managed with too little money, it says.

“Our inability to adequately manage pressures will continue to result in species extinctions and deteriorating ecosystem condition, which are reducing the environmental capital on which current and future economies depend.”

The report, which the former Morrison government refused to release before the election, has been variously described by its chief authors as stark and depressing.

She will use a National Press Club address on Tuesday to explain how Labor will respond.

One of the report’s three chief authors is former CSIRO research director Dr Ian Cresswell. He says an absence of national leadership and investment has cost the nation dearly, and it must stop.

“We’re going to lose the Australia that we grew up with, for future generations, if we don’t truly start dealing with some of the environmental problems,” he said.

The report says Australia lacks a framework to manage the environment in a comprehensive way and instead relies on a jumble of systems across different tiers of government.

The number of new species listed as threatened, or up-listed to a higher category of threat, has increased by eight per cent since 2016 and will jump again due to Black Summer bushfires, it warns.

Meanwhile a staggering 7.7 million hectares of habitat for land-based threatened species was cleared between 2000 and 2017.

But almost all of that – 7.1 million hectares – wasn’t assessed under federal environmental laws.

The latest report includes, for the first time, new chapters on climate and extreme events including recent floods, terrestrial and marine heatwaves, droughts, and bushfires.

“In previous reports we talked about climate impacts in mostly the future tense,” co-chief author and professor of marine ecology Emma Johnston said.

“But in this report we document wide-scale impacts of climate-related extreme events across the nation and that has compounded existing threats – land clearing, invasive species, pollution.

“The layering of climate impacts on top of that – that’s primarily what is causing the deterioration and the depressing trends for those ecosystems.”

The report also charts the drop in federal government spending on biodiversity at the same time risks have been increasing.

Ms Ley refused to release it despite calls from its authors.

“(It) is a shocking document – it tells a story of crisis and decline in Australia’s environment,” she said in a statement before her press club address.

“I look forward to outlining the report and our government’s plans.”

The report, written by 37 expert authors, is a comprehensive assessment of the state of the environment, the pressures it’s facing and how well, or not, it is being managed.

‘Poor and deteriorating’: Australia’s environment is sick and getting sicker