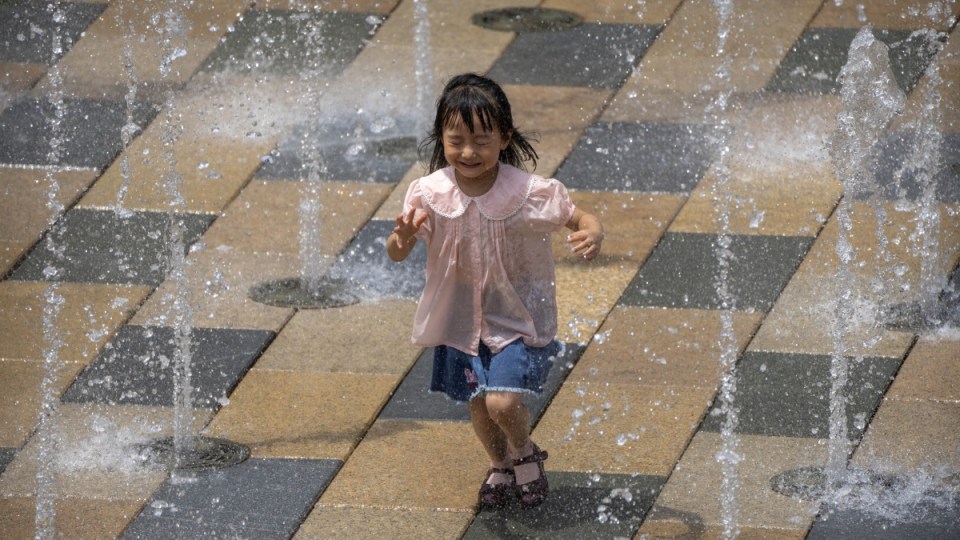 Searing heatwaves have swept across China’s vast Yangtze River basin, hammering densely populated megacities from Shanghai on the coast to Chengdu deep in the heartlands.

More than 90 red alerts, the most severe in a three-rung warning system, were active across China as of 3.30pm on Wednesday.

Most were in the Yangtze basin, which spans nearly 2000km.

Shanghai, China’s commercial capital, issued its second red alert in four days, warning of temperatures exceeding 40 degrees Celsius. Construction and other outdoor activities are required to be reduced or even halted under a red alert, historically very rare for the city of 25 million.

China is gearing up for a summer of extremes this year, from scorching heatwaves to prolonged downpours.

Cities south of the Yangtze in particular have been hit by both intense heat and record-breaking precipitation.

“The summer in Nanjing has never been hotter than this year compared with previous years,” said a 77-year-old retiree in the city of more than million people near Shanghai.

“The sun is burning most of the day.”

The hashtag #heatstroke was trending on social media with 2.45 million views on the Weibo platform of discussions ranging from people being admitted to hospital to the detrimental effects of long-term heat exposure.

The province of Zhejiang, south of Shanghai, issued a record 51 red alerts in one day, with local media reporting people being admitted to hospitals for heatstroke or even dying from it.

In Chengdu, the capital of south-western Sichuan province, a scheduled outage and upgrade of its grid this week coincided with the warm weather, sparking loud protests from some of its 21 million residents on social media.

In the city of Yanjin, also in China’s south-west, temperatures reached 44 degrees Celsius on Monday, the highest since recording-keeping started in 1959, state television reported late on Tuesday.

Heatwaves were also starting to return to central China after a bout of rains interrupted a spell of hot weather.

In Henan province, train maintenance workers were cleaning and checking air-conditioners on top of trains that pass through its capital Zhengzhou, a transportation hub in central China.