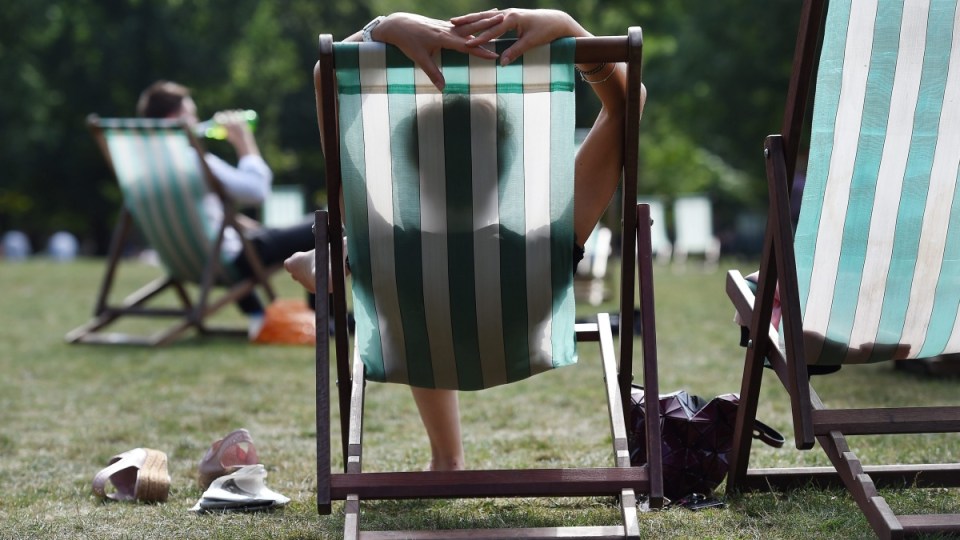 Britain’s Met Office has extended its warning for extreme heat across parts of England and Wales into the beginning of next week.

The rare “amber” warning for exceptionally high temperatures, posing a potential risk to life, was first issued to cover Sunday and was then updated to include all of Monday (local time).

Temperatures were predicted to soar into the 30s, with a 30 per cent chance of seeing the hottest day on record for Britain, beating the high of 38.7 degrees in Cambridge in 2019.

Scientists warn that heatwaves have been made hotter, longer and more frequent by climate change.

Britain must adapt to a future of more intense heatwaves, with new homes built to cope with higher temperatures, more green areas in cities, and measures such as external shading and insulation fitted to existing properties, experts said.

Households were urged to save water as the temperatures pushed up demand after months of dry weather in some areas.

Water companies said they were not yet planning to bring in restrictions such as hose bans, but some warned that groundwater and reservoir supplies were lower than average following low rainfall this year.

Whether you're relaxing at home this weekend, or out and about – we'd like to remind you to stay hydrated in the heat 💧

Thames Water said nine of the past 11 months had been drier than average, and groundwater in aquifers, flows in rivers and water in reservoirs were all lower than normal.

“We’re not currently expecting to need to introduce restrictions on water use this summer, but we know the water we have stored in our reservoirs will reduce as people start to use more water in their gardens through the summer,” a spokesperson said.

“If we do not receive around or above average rainfall in the coming months this will increase pressure on our resources and may result in the need for more water saving measures including restrictions.”

With record temperatures forecast across the country this week, water companies are encouraging people to think about their water use and make every drop count: https://t.co/sZZBtGVYWW #WatersWorthSaving #WWS22 pic.twitter.com/9Cm0ajgZJh

The Met Office’s amber warning for extreme heat said there could be a danger to life or potential serious illness because of the hot days and warm nights.

There could also be road closures, and delays and cancellations to rail and air travel.

Network Rail was preparing to implement speed restrictions to reduce the likelihood of tracks buckling, and councils planned to use gritters to spread sand on melting roads.

Temperatures were expected be over 35 degrees in Britain’s south-east on Sunday, with very warm overnight temperatures.

Parts of Wales will have temperatures of more than 32 degrees on Sunday and Monday.

Northern Ireland and Scotland – away from far northern areas – would still have warm, sunny days, and while temperatures would not be as high as elsewhere, they would reach the high 20s, the forecaster said.