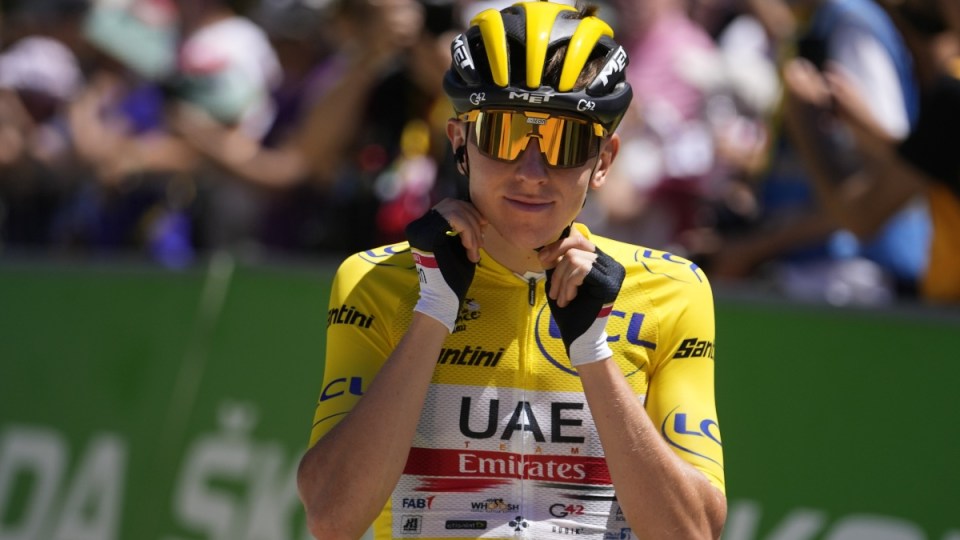 Tour de France leader Tadej Pogacar fears he could contract COVID-19 through fans at the race in the wake of a positive test from a teammate.

UAE colleague Vegard Stake Laengen had to quit the race along with French AG2R rider Geoffrey Bouchard on Saturday.

On Sunday, French rider Guillaume Martin from the Cofidis team became the third rider to record a positive COVID test.

Pogacar had said before the latest withdrawal that the event’s passionate spectators posed a certain risk.

“Every day the people are yelling at you at the climbs. I like that. But it also raises the possibility of contracting the virus,” the two-time reigning champion said.

Pogacar said he hoped Laengen caught the virus from a spectator, that it had not entered the team bubble, and “that we are safe until the end”.

Martin’s German teammate Max Walscheid told DPA the positive test was “simply bad luck” because the team did its best to protect itself.

“There is nothing you can do. Unfortunately this is part of it and we have to deal with it,” he added.

Most teams conduct regular voluntary tests among their riders and staff. The next mandatory tests are scheduled for Monday, the second rest day of the race.

Apart from Laengen, Bouchard and Martin, six riders could not compete in the Tour at all after testing positive ahead of last week’s start in Copenhagen.