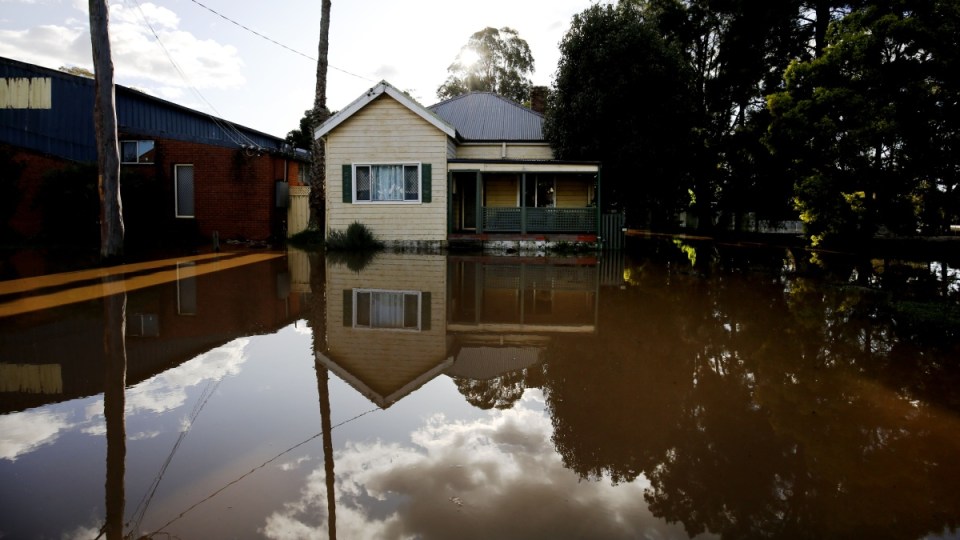 Those returning to flooded homes are advised to wear PPE, boots, gloves and have sanitiser handy. Photo: AAP

About 4500 New South Wales residents remain under evacuation orders as harsh weather and flood waters ease across the state.

The latest figure from Sunday represents a massive drop from Saturday evening when about 37,000 remained under evacuation orders.

In the 24 hours to 6pm Sunday, the State Emergency Service had responded to 355 calls for help and performed 13 rescues.

That brings the rescue total to almost 500 since the floods began on June 27.

“A lot of our jobs at the moment have been animal rescues, medical assistance and resupplying the communities that are currently isolated,” an SES spokeswoman said.

Federal relief payments of up to $1000 are available for residents of 29 local government areas, while NSW residents are being urged to donate money to GIVIT so help can be better co-ordinated.

The federal government says $340 million in aid has been delivered so far.

About 105,000 people can return home but have been warned to emotionally prepare for what they will find, and to reach out for help from neighbours.

The SES had been hoping to get the current number of people under evacuation orders down to zero before the weekend was out.

As rain returned in areas across the state, including Sydney, authorities warned of several road closures and public transport disruptions due to flooding.

Wet and windy conditions across eastern NSW were expected to begin easing on Sunday before potentially picking up again on Wednesday.

Some 37 Victorian emergency personnel also travelled to NSW over the weekend to help with the rescue and clean-up, taking the total number of crew from the state to 94.

“By donating through the official channels people can know their generosity is going directly to those who’ve been hit hardest by the flooding,” she said.

Of 2285 premises already examined, 239 have been deemed not habitable and a further 973 require repairs.

NSW is battling an outbreak of hive-destroying varroa mite, with a stop on all hive movement.

In the Hunter, lower Hawkesbury and Blue Mountains regions, roads remain cut in multiple towns and train services are affected.

The T1 Western, Blue Mountains and Hunter train lines are not operating between some stations, and the Parramatta River ferries are offering replacement transport between some stops.