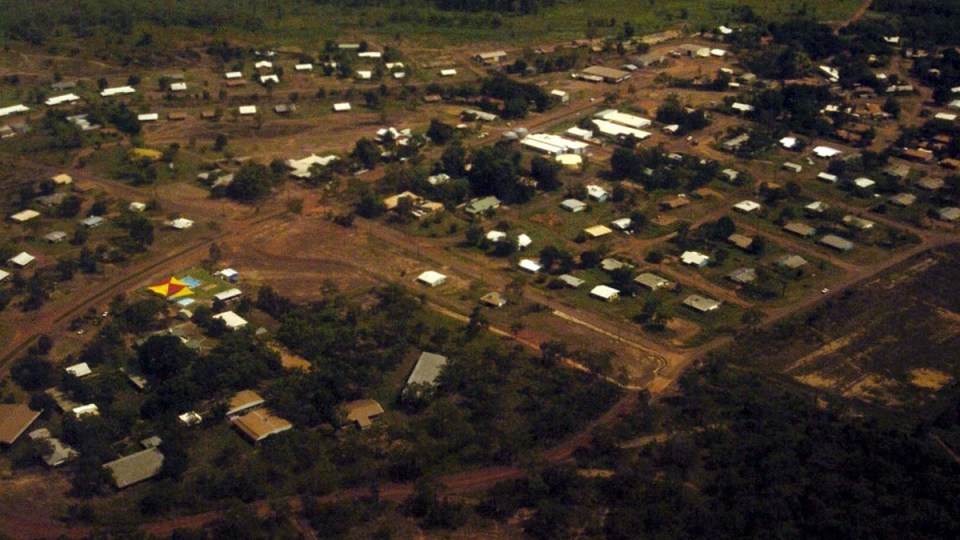 Police have arrested 25 men over clashes between rival clans in the NT community of Wadeye. Photo: AAP

Dozens of men linked to violent clashes between rival Indigenous clans in a remote Northern Territory community have been arrested.

Police detained 25 men over riotous behaviour in Wadeye, 400 kilometres south-west of Darwin, which escalated in April after a man was reportedly speared in the head and died.

“We have been systematically removing the instigators of violence for the past two months and the targeted arrests yesterday was a large step forward in bringing stability back into the community,” Superintendent Kirk Pennuto said on Wednesday.

Ten of the alleged offenders were remanded into custody to appear in the Local Court in Darwin over the coming days on various charges, including engage violent conduct, participate in riots and going armed in public.

Historic tensions between the clans is understood to have caused the conflict in Wadeye, which was established as a Catholic mission in 1935 and formerly known as Port Keats.

Since it reignited earlier in the year, fighting between armed groups of up to 300 people has left dozens injured and more than 500 people displaced after they were forced from their homes.

Many of those who fled returned to their homelands in the bush where some are struggling to get enough food and supplies, the NT government has reported.

“The situation in Wadeye remains complex. Police will continue to tirelessly support the community both from a safety perspective and in participating in discussions with stakeholders to find sustainable solutions to what are deeply entrenched cultural conflicts,” Superintendent Pennuto said.

Wadeye is one of the largest Aboriginal communities in the NT, and home to about 3000 people from 22 clans and seven language groups.

It is also situated in one of the most disadvantaged regions in Australia, according to the Australian Bureau of Statistics.

The NT government reports that 125 of the community’s 288 social housing properties need repairs after sustaining damage during the riots.