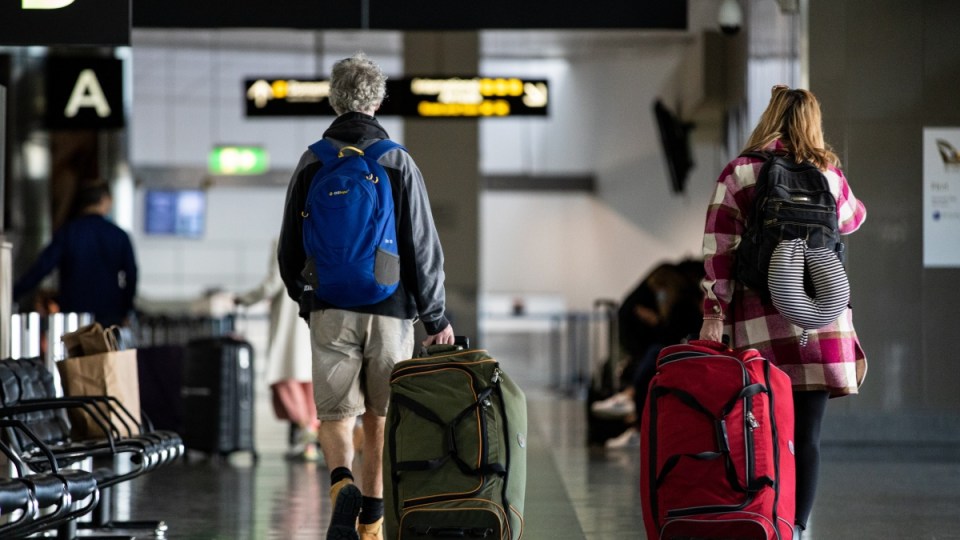 The Nationals want foot dips at airports for arrivals from Bali to ward off foot and mouth disease. Photo: AAP

Biosecurity measures have been strengthened at Australian airports after the highly contagious foot and mouth disease was found in Bali.

Detector dogs will operate at Darwin and Cairns airports and biosecurity officers will begin boarding flights from Indonesia in coming days to try to stop the livestock virus arriving here.

Indonesian authorities confirmed on Tuesday that foot and mouth disease (FMD) had spread to the tourist destination of Bali.

Agriculture Minister Murray Watt said on Wednesday that biosecurity had already been ramped up at major airports servicing travel from Indonesia after the disease was detected on the archipelago in May.

All flights from Indonesia have operated with biosecurity profiles flagging higher-risk passengers for screening.

“Australian biosecurity and particularly the threat posed by FMD is a top priority,” Senator Watt said in a statement.

“High-level discussions have been occurring on an ongoing basis between Australian and Indonesian authorities as well as with local industry.”

The National Party joined farmers in calling for increased biosecurity efforts to stop foot and mouth entering Australia, with federal leader David Littleproud calling for foot dips to be introduced for travellers returning from Indonesia.

“Bali is a popular destination for Australians and because the disease is highly transmissible, it could be brought into our country on clothing and footwear, which means there should be new biosecurity measures in place at our airports,” Mr Littleproud said.

“There should be foot dips for all travellers returning from Bali so that any trace of the disease on the bottom of shoes is stopped at the border.”

“The news that FMD has reached Bali has sent a shiver up the spine of Australian farmers as the risk of it reaching our shores has undoubtedly grown,” she said.

“The Australian government must undertake rapid risk analysis to ensure our prevention measures are equal to this new level of risk.”

“We’ve very much increased interventions at the airport … so people returning to Australia can expect to see more use of detector dogs, more targeted interventions and more inspections of their luggage.”

Dr Schipp said farmers would be compensated if the disease entered Australia.

“This is something that we’ve been practising and rehearsing for more than 30 years now, and as part of that there are compensation arrangements in place for livestock producers who suffer the disease,” he told the ABC.

It’s estimated FMD would cost the Australian livestock industry $80 billion if it arrived in the country.

The disease affects cattle, sheep, goats and pigs, and has severe consequences for animal health and trade.

Australia is free of FMD. The Department of Agriculture said a vaccine was available.

Anyone keeping or working with cattle, sheep, goats or pigs should be aware of the symptoms, which include blisters on the mouth and drooling or limping animals.