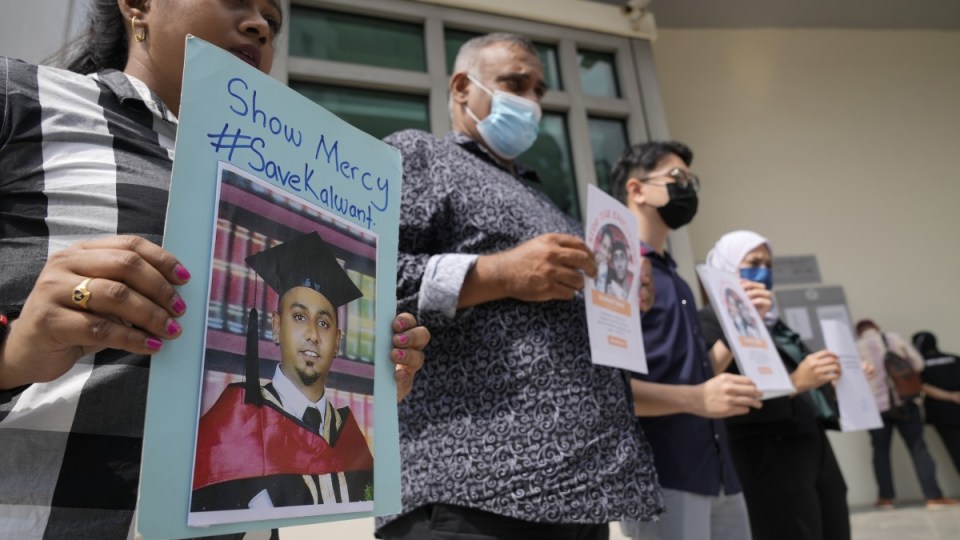 Anti-death penalty activists are urging Singapore’s government to halt the execution of a convicted Malaysian drug trafficker this week, the second planned in less than three months.

Kalwant Singh, who was convicted in 2016 of bringing heroin into Singapore, is scheduled to be hanged on Thursday, activists said.

The execution of another Malaysian in late April sparked an international outcry because he was believed to be mentally disabled.

The Anti-Death Penalty Asia Network delivered a statement to Singapore’s embassy urging that Kalwant’s execution be suspended to allow him an opportunity to file for clemency.

It said Kalwant, who was 23 when he was arrested in 2013, had been threatened with violence and forced to make drug deliveries to Singapore to repay a football gambling debt, and that factor was not adequately considered during his trial.

It said the death penalty has done little to stop drug traffickers and organised syndicates.

“The government of Singapore’s persistence in maintaining and utilising the death penalty has only led to global condemnation and tarnishes Singapore’s image as a developed nation governed by the rule of law,” it added.

The hanging in April of Malaysian drug trafficker Nagaenthran K. Dharmalingam sparked an international outcry because he was believed to be intellectually disabled with an IQ of 69.

A Singapore activist, Kokila Annamalai, said convicted Singaporean drug trafficker Norasharee Gous is to be hanged on Thursday, the same day as Kalwant.

She said they are the seventh and eighth executions scheduled this year.