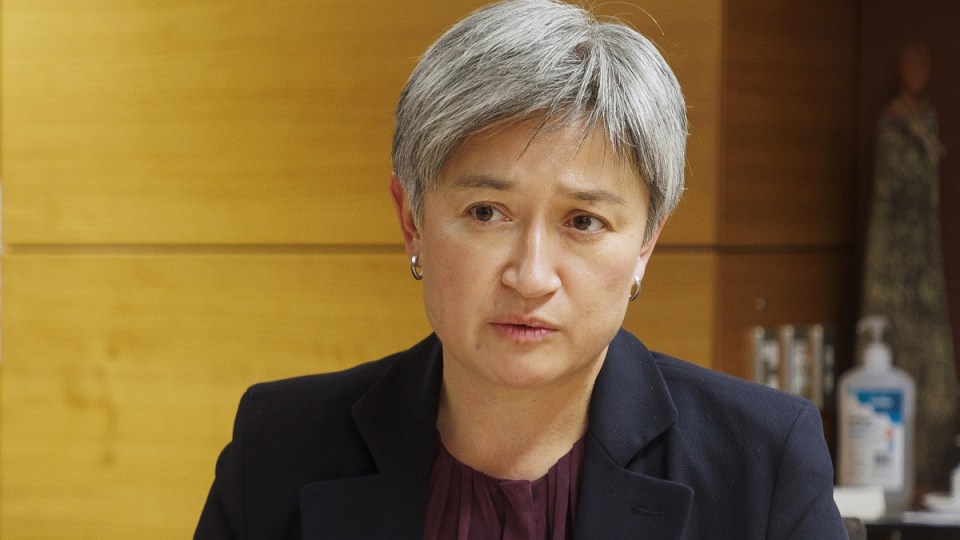 A stable Australia-China relationship is in the best interest of both nations, Penny Wong says. Photo: AP

Australia has told a global body the purchase of nuclear-powered submarines won’t add to the spread of nuclear weapons in the region.

Foreign Minister Penny Wong on Monday met in Adelaide with the head of the International Atomic Energy Agency Rafael Grossi, whose work is seen as crucial to global peace and security.

“I reiterated Australia’s total commitment to our obligations under the Treaty on the Non-Proliferation of Nuclear Weapons and the South Pacific Nuclear Free Zone Treaty,” Senator Wong told AAP after the meeting.

“I reaffirmed Australia’s commitment to working transparently and openly with the IAEA to ensure our acquisition of nuclear-powered submarines sets the highest possible non-proliferation standards.”

Senator Wong underlined Australia’s support for the IAEA’s work to assist Ukraine and deal with the “serious nuclear safety implications of Russia’s invasion”.

"Having a capable, long-range submarine is the most important platform that we can have in terms of building Australia's strategic space for trade, for diplomacy … going forward, that means it needs to have nuclear propulsion." – @RichardMarlesMP #abc730

Meanwhile, Defence Minister Richard Marles said it did not matter that China considered the submarine purchase as tying Australia more closely to US military strategy.

“It doesn’t really matter what China says or thinks about it, it’s what our own interests are,” he told the ABC on Monday.

“Having a capable, long-range submarine is the most important platform that we can have … (and) that means it needs to have nuclear propulsion.”

He said a decision on whether to go with a US or UK boat could be made “relatively quickly”.

The next step was to look at how soon the submarine could come online and work out how to plug the capability gap.

“That last point (capability gap) raises a whole range of options that we need to explore,” he said.

“And a key part of that is making sure that we do have the training available, the experience available, for our submariners so that they are able to operate whatever capability we’re able to put in the water as quickly as we can.”

Was this man (a) crazy; (b) a delusional megalomaniac or (c) just a very ‘loose unit’?
Gender balance calls for coalition parties
Today's Stories