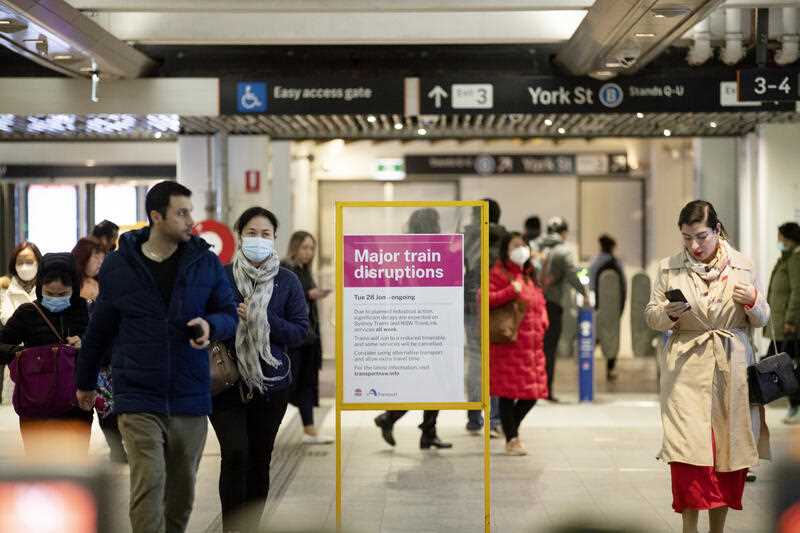 Sydney commuters have been advised to expect significant train delays and cancellations on Friday. Photo: AAP

Sydney commuters are in for a “very messy day” as the NSW rail union pushes ahead with industrial action that will take out 70 per cent of the train fleet.

The Rail, Tram and Bus Union has been locked in long-running stoush with the Perrottet government over a new Korean-made Intercity fleet, which it says is unsafe.

While the government has signalled it could be prepared to spend $264 million to modify the fleet, the union says it has refused to sign an agreement confirming it will fix the safety issues raised by train drivers.

“This will be the fourth time the government has offered to make the changes, announced the changes, and then backtracked as a result of internal politics,” it said in a statement on Friday.

Rail, Tram and Bus Union NSW Secretary Alex Claassens said that during a meeting with the government on Thursday, elements of the modification offer had been taken off the table.

“I’m just not sure where we go from here but our members are resolute,” he said.

“We are going to continue fighting to get these trains made safe, and we’ll do whatever it takes to make that happen.”

Protected industrial action planned for Friday is going ahead, which will see train drivers refuse to operate foreign or privately made trains.

This means only 30 per cent of Sydney Trains and NSW TrainLink services will be operate.

“It’ll be a weekend timetable with other trains taken out of it.”

“The families of the railway workers right now could be having $3000 deposited in their account, instead of having that money spent on modifying perfectly good trains,” he said.

But Mr Classeens described the payments offered to railway workers, to get the fleet on the tracks without modifications, as “bribes”.

Sydney commuters have been advised to expect significant train delays and cancellations on Friday.

A flow on effect is likely to impact people travelling to Sydney airport and on buses.

The industrial action on Tuesday when drivers cut train speeds to 60 km/h.

The Stats Guy: Why the cost of everything is rising and what we can do to ease the pain
Russian troops withdraw from strategic island that has become symbol of Ukrainian resistance
Today's Stories