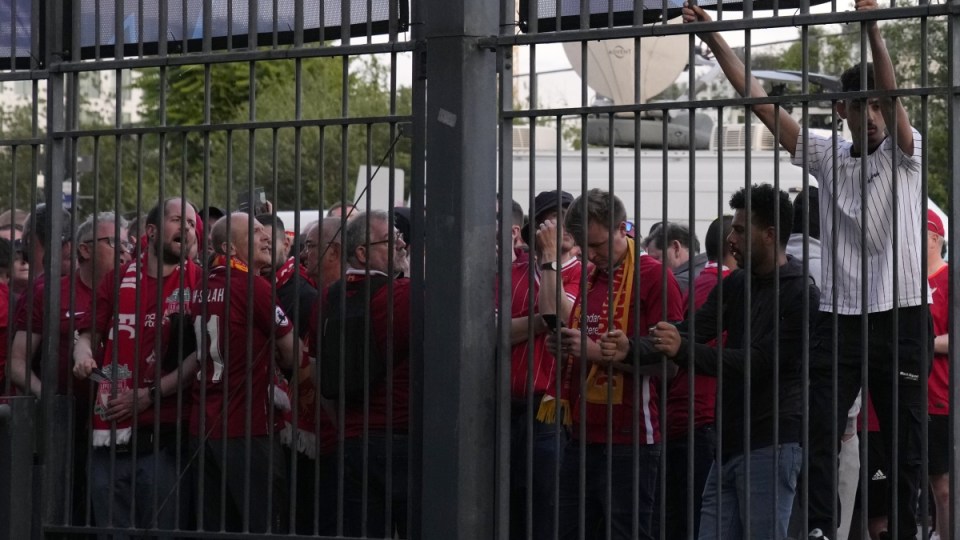 A French minister has apologised to those fans "who suffered from bad management" at the Champions League final. Photo: AP

French interior minister Gerald Darmanin has apologised to “everyone who suffered from bad management” at the Champions League final in Paris.

However, the 39-year-old, who had previously made outlandish claims about the number of counterfeit tickets in circulation at the Stade de France, stopped short of saying sorry to the Liverpool fans he blamed for the problems on the night of the club’s defeat to Real Madrid.

“Should the Stade de France have been better managed? The answer is yes,” he told French radio station RTL after supporters were locked out and then tear-gassed after serious congestion problems developed.

“Am I partly responsible? The answer is yes. Of course, I readily apologise towards everyone who suffered from this bad management of the event.”

After the match supporters complained of being robbed by local gangs with police, who had earlier employed heavy-handed methods in an attempt to deal with the growing crowd issue, offering no protection.

Mr Darmanin said they had learnt from that and France’s two recent Nations League matches and the Top 14 rugby final at the stadium all passed off without major incident.

“It profoundly changed the organisation of the police headquarters,” he added.

Earlier this month the interior minister apologised to a French Senate committee hearing for “the disproportionate use of tear gas”.

His claims that 35,000 and 40,000 supporters without tickets or fake tickets were present around the Stade de France were debunked by an UEFA official who said its own count of counterfeits was closer to 2600.

The Stats Guy: Why the cost of everything is rising and what we can do to ease the pain
Trade discussions with European Union ’stalled’ over climate, France: PM
Today's Stories