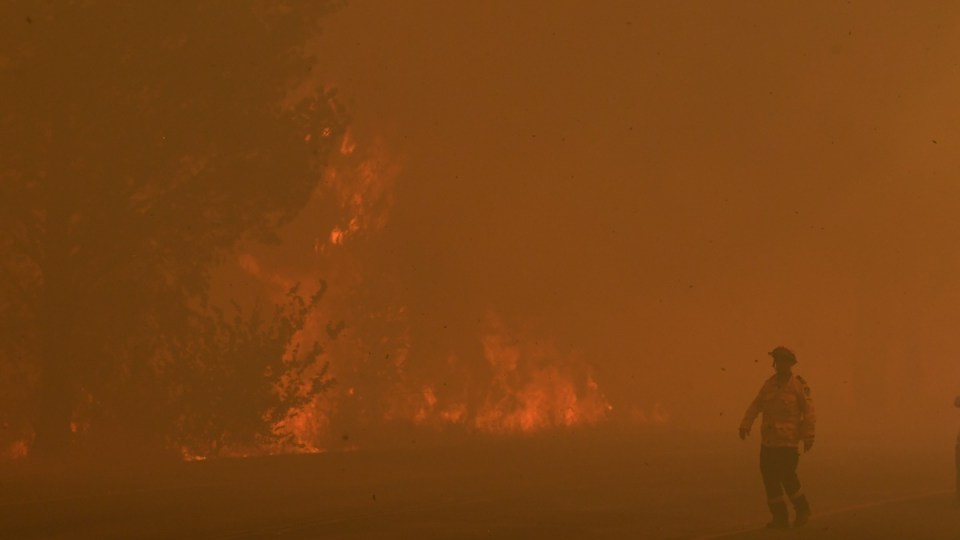 A farm hand whose welding sparked a major bushfire said they shouldn't have done the work. Photo: AAP

Farm hand Mark Turner was on the first day of a new job when he used a welder and accidentally sparked a major Black Summer bushfire that went on to destroy 10 homes.

Mr Turner told the New South Wales bushfires coronial inquiry he knew it was risky to weld a metal fence post on a drought-ravaged farm at Palmers Oaky, central west NSW, on a hot December day in 2019.

“It was so dry and windy. You only had to get a spark and something would have lit up.”

The farm hand, who had on-the-job welding experience but no formal qualifications, said he wanted to impress his new boss, Jamie Edwards.

Mr Edwards stood nearby watching for sparks, but the pair did not take other fire precautions, the inquiry was told.

“I didn’t think about those things. I was wanting to do the best job and show the best that I could do,” Mr Turner said.

Counsel assisting the coroner, Adam Casselden SC, said the fire was accidentally ignited on December 4 on a private property in the Upper Turon region, north of Bathurst.

It destroyed 10 houses, 14 farm buildings and damaged two other homes.

Mr Turner recalled stomping on the fire as it started, while he and other workers later tried in vain to use a sprayer.

“I was doing everything in my power to put the flames out,” Mr Turner said.

He described “alarms blaring in my mind” as the fire took off, amid rapidly changing wind conditions.

“We had the fire out, but the embers would fly and another fire would start.”

Mr Turner denied he and Mr Edwards later discussed telling police the fire was caused by a car exhaust or a piece of farm machinery.

But he agreed the men spoke before Mr Turner gave a statement to police.

“Jamie said he was worried he was going to jail and he said ‘just let me go fishing with (family) first’,” Mr Turner said.

Mr Edwards said he was initially worried about going to the police because his “name was mud” among locals, but he talked to detectives in January and told the truth.

He said the owner of the farm, Charbel Tannous, insisted the men weld rather than use bolts.

Another worker, Spencer Morgan, said he was not trained to use firefighting equipment on the property, but always drove around with a sprayer filled with water.

Mr Morgan said none of the men knew how to use it, and the pressure valve was in the wrong position.

“It was enough water to put the flames out, but not enough to stop the embers,” Mr Morgan said.