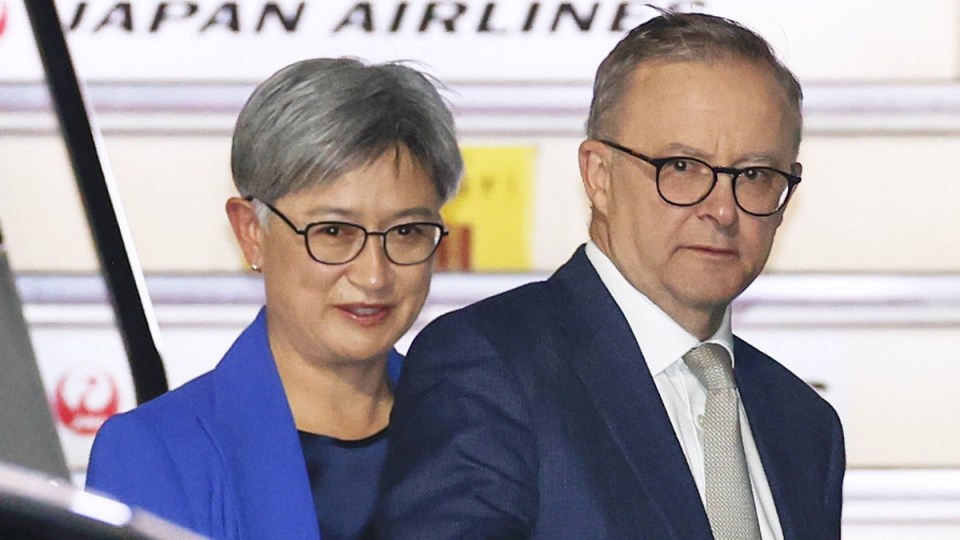 Foreign Minister Penny Wong and PM Anthony Albanese will be in Jakarata for a three-day visit. Photo: AP

Anthony Albanese remains confident of maintaining positive relationships with Indonesia, ahead of his three-day trip to the country.

The Prime Minister is flying to Jakarta on Sunday, where he will hold key talks with President Joko Widodo.

Mr Albanese said while he had already spoken with President Widodo since becoming PM, he was looking forward to continuing bilateral talks with Indonesia.

“My government is determined to have better relations across the Indo-Pacific region,” he told reporters in Perth on Sunday morning.

“My discussions with President Widodo have been very cordial and positive … we’ve met, of course, in the past, I look forward to the next couple of days.”

Following the talks in Jakarta, Mr Albanese will also visit the city of Makassar in the country’s east.

He said it was critical that relations with Indonesia extended to all of the country.

“It’s important that we recognise that Indonesia isn’t just Jakarta and Bali, it is a vast archipelago,” Mr Albanese said.

“It is an important nation to our north, the largest Muslim country on the planet.”

On the agenda will be trade, climate change and energy as well as regional and global interests.

The Prime Minister is expected to emphasise during the one-on-one talks the important relationship between Indonesia and Australia, as well as the long history of co-operation and shared interests between the countries.

Mr Albanese will also commit to deepening the comprehensive strategic partnership between Indonesia and Australia.

Although Mr Albanese’s first overseas trip as prime minister was to Tokyo for the Quad leaders’ summit, he said repeatedly during the election campaign Indonesia would be a priority for his government.

“Those discussions reflect as a priority that we have on Southeast Asia,” Mr Albanese said.

It’s expected the new government’s plan for $470 million in foreign aid for South-East Asia over the next four years will also be discussed.

A high-level delegation of 11 Australian business leaders and chief executives will also travel to Indonesia.

The visit comes amid growing tensions in the Indo-Pacific, with China’s foreign minister recently saying Australia had viewed China as a rival not a partner.

Mr Albanese said there was strategic competition in the region.

“What we need to do is to make sure that we have competition, recognise that it’s there without catastrophe,” he said.

“I certainly seek peaceful relations with all of our neighbours, recognising the challenges though, which there are.”

Officials described the conversation between the two as “warm and positive”, with Mr Ramos-Horta congratulating Australia’s prime minister on his recent election victory.

Mr Albanese pledged to closely cooperate on climate change, infrastructure and to support development in Timor-Leste.