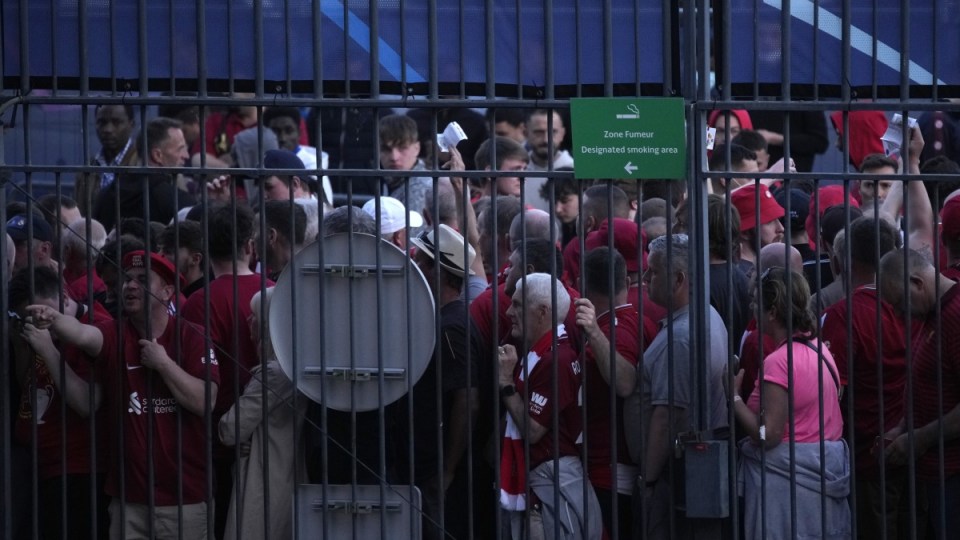 The French government has apologised to Liverpool fans who missed the Champions League final. Photo: AP

The French government has apologised to Liverpool fans after chaos outside the Stade de France meant many could not see the Champions League final as planned.

French President Emmanuel Macron and government members said they were “sad and sorry” for 2700 Liverpool fans who had a ticket but couldn’t get into the stadium amid disorder and chaos in Paris on Saturday.

The issue has been discussed at the weekly Cabinet meeting at the Elysee presidential palace on Wednesday, French government spokesperson Olivia Gregoire said.

“I apologise. Could we have done things better or could it have been better handled? Yes,” she told reporters. “Can we improve things, especially in view of the future sports events? Certainly.”

She said President Emmanuel Macron wanted transparency around the chaos.

Saturday’s events prompted concerns in France and abroad as the country is set to host the Rugby World Cup next year and the 2024 Olympics.

Liverpool fans’ leadership groups complained about heavy-handed policing and poor organisation on a troubling night that saw children and elderly people among those getting sprayed by tear gas.

The French Football Federation (FFF) said in a statement that 35,000 people without tickets or with “fake” tickets made their way to the Stade de France.

They created disorder by blocking access to the stadium and preventing fans who had real tickets from getting into the stadium, the statement said.

European soccer’s governing body, UEFA, has also started to gather evidence about issues outside the Stade de France that marred one of the world’s biggest games in sports.

Gregoire expressed sympathy for 2700 Liverpool fans, “fathers, mothers with their children disgusted they couldn’t attend a sports event they were waiting for.

“The President of the Republic and all the government were sad and sorry for these people.”

Ms Gregoire said that interior and sports ministers will provide further details as they answer questions at a Senate’s commission on Wednesday afternoon.