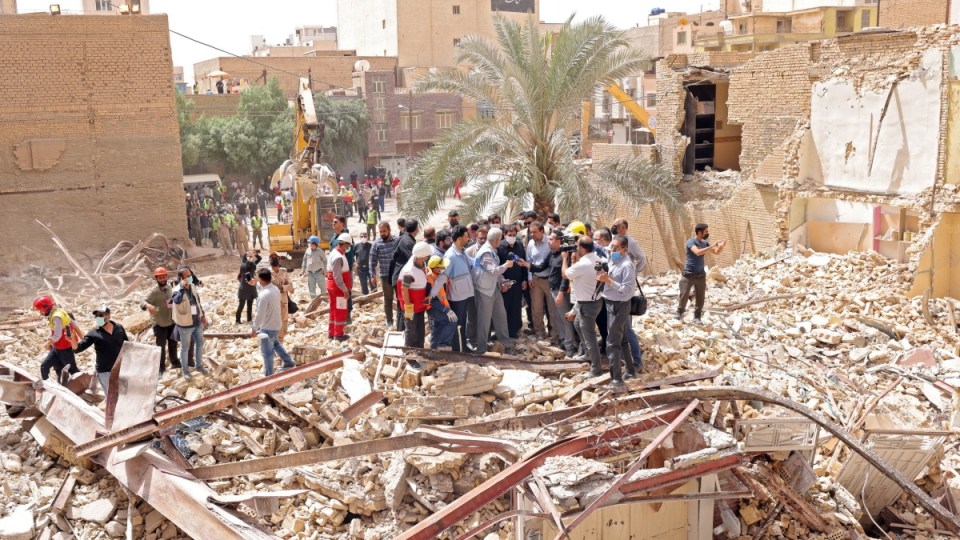 The death toll in the 10-storey building collapse in the city of Abadan, Iran has risen to 37. Photo: EPA

The death toll in the collapse of a tower in south-western Iran has risen to 37, as emergency workers pulled another body from the rubble more than a week after the disaster that prompted an outpouring of outrage and grief.

Rescuers on Wednesday continued sifting through the ruins of the Metropol Building in Abadan, some 660 kilometres south-west of the capital, Tehran.

The governor of the Khuzestan province, Sadegh Khalilian, told state TV he expects rescuers to find more bodies, based on the number of families still waiting for word from their loved ones.

It is unclear how many people remain unaccounted for.

The structural building failure in the oil-rich but impoverished Khuzestan province has focused public attention on shoddy construction practices and prompted allegations of government corruption and negligence.

Officials plan to demolish the half of the Metropol Building that has remained standing, Mr Khalilian added, and already have evacuated and rehoused nearby residents.

He said he expects the search effort to finish by late Thursday.

Reporting on events in Abadan remains difficult as authorities have disrupted internet access, according to experts, restricting people’s ability to share videos and information.

The number of casualties and arrests remains unclear.

The disaster has provoked sympathy across the country, with scores of Iranians still tweeting the Farsi-language hashtag “#Abadan is not alone” 10 days after the collapse.