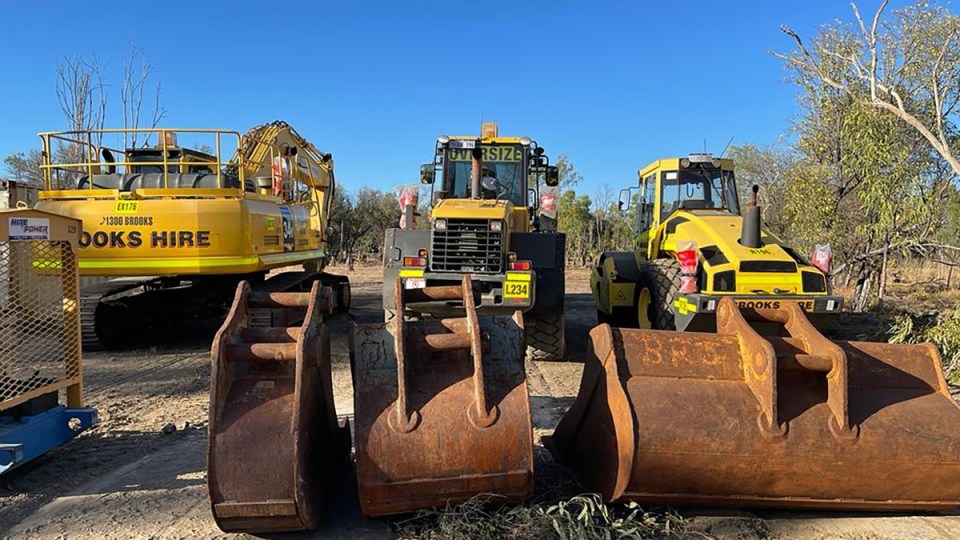 A gas exploration company has allegedly cut fences and forced its way onto a remote Northern Territory cattle station after pastoralists denied them entry.

“Tamboran has shown itself time and time again to take a cavalier approach, ignoring concerns about damage to vegetation, cattle, water safety and the many sacred sites on Tanumbirini,” Rallen director Luciana Ravazzotti Langenhoven said on Wednesday.

The cattle baron claims Tamboran Resources, through its subsidiary Sweetpea Petroleum, is the first company to force its way onto a cattle station since the NT rolled out amended petroleum regulations in 2021 requiring parties to reach a land access agreement before operations started.

The hard reality is, depending on state law… gas can be legally "forced upon" landholders

"Rallen Australia operations manager Andrew Stubbs said the arrangement had been forced upon his company."

Rallen has also accused Sweetpea workers of bringing contaminated equipment onto the site that threatens the station’s biosecurity.

“We’re being forced to manage our cattle station while also closely monitoring how Tamboran conducts its fracking works so we can act on breaches of a regulatory regime,” Ms Ravazzotti Langenhoven said.

Sweetpea recently won the legal right to explore parts of the 5000 square kilometre property in the gas-rich Beetaloo Basin, 600 kilometres south-east of Darwin, and previously informed Rallen it would be starting work.

But the pastoral company has not consented to Sweetpea’s plans or the recent clearing of land outside of approved areas and the destruction of its fence along the Carpentaria Highway.

#BREAKING Fracking company Tamboran has forced access to Rallen Australia's Tanumbirini station in the NT, cutting fences and moving heavy equipment onto the property. Rallen has given no consent, and remains defiant as do Traditional Owners. pic.twitter.com/J5xtku1eN9

The company also raised concerns about Sweetpea’s failure to comply with its own weed management plan by transporting contaminated equipment onto the station.

“The government has effectively forced us to allow Tamboran to enter Tanumbirini,” Ms Ravazzotti Langenhoven said.

“There are literally zero government resources spent monitoring the gas industry’s conduct, this gives this controversial company a free pass to wreak damage.”

Rallen has also alleged that Tamboran doesn’t have an approved environmental management plan after it withdrew its approved plans following complaints it had not properly consulted stakeholders.

Tamboran says it will continue to defend its legal right to work on the station that it’s had a permit to explore for over a decade.

“(We) attempted to engage in good faith negotiations with Rallen Australia to negotiate an equitable access agreement,” a spokesman said.

“Tamboran has a legal right to access the EP 136 asset to explore for gas under the approved access agreement issued by the NT Civil and Administrative Tribunal.

“This approved access agreement was issued according to the careful and fair processes laid out in the NT’s new Petroleum Regulation.”

The company also says it continues to work closely with all stakeholders, including pastoral leaseholders and the Northern Land Council.

It has also committed to implement all of the recommendations to minimise the risks associated with the onshore shale gas industry made by the 2018 Scientific Inquiry into Hydraulic Fracturing in the NT.

“The recommendations included implementation of minimum standards of well construction through a code of practice to prevent contamination of aquifers, and thorough baseline and impact monitoring requirements to demonstrate aquifer protection,” a spokesman said.

“These recommendations are some of the 135 recommendations being implemented to ensure that the onshore gas industry can progress while protecting environmental, social and cultural values.”

Rallen is one of Australia’s largest landholders with six cattle stations and 70,000 head of cattle in the NT, which it has spent $200 million over the past four years developing.

It purchased the lease for Tanumbirini Station in 2020.