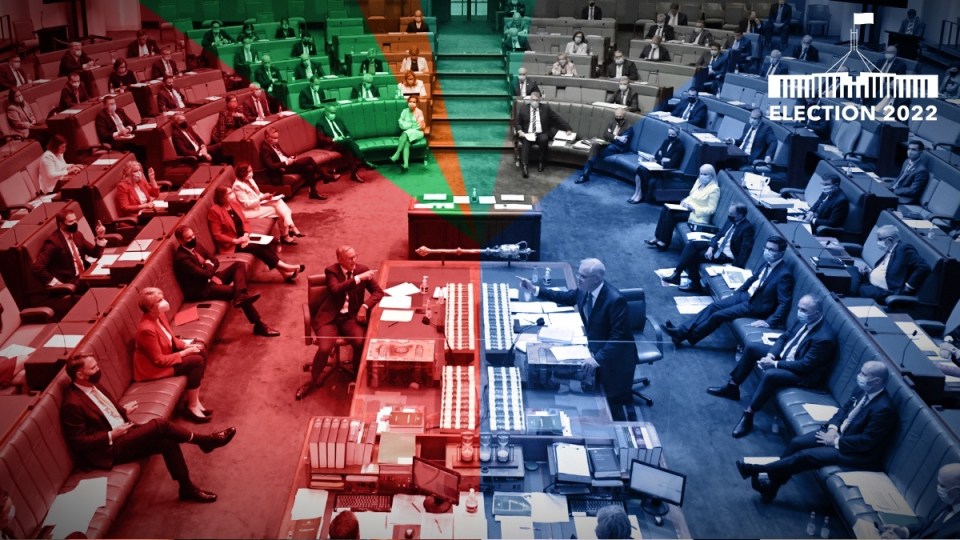 Anthony Albanese wants more respect in our Parliament and is willing to set the tone, but the seasoned political warrior is seriously looking at taking out some insurance in case his opponents prefer business as usual.

It all depends on the final numbers in the Parliament, but even a bare majority isn’t considered a guaranteed buffer zone against an opposition led by one of the toughest operators to serve in Canberra over the past 20 years.

So, there is serious thought of turning to Tasmanian independent Andrew Wilkie to take the Speaker’s chair.

Wilkie isn’t counting his chickens, telling me he would “assume the government will provide the Speaker. If not, I’d be up for a conversation with them about it”.

The tactic is not new for Anthony Albanese.

He was then prime minister Julia Gillard’s Leader of the House in late 2011 and engineered installing Liberal renegade Peter Slipper into the Speaker’s chair.

The Gillard government was much more vulnerable than Albanese’s, needing the support of four cross benchers to pass legislation. After the Slipper deal, Labor only needed three.

Still, one is all you need to defeat a government on the floor of the house, and as the numbers stand now Labor is one short of a majority.

But here’s the rub; even if it gets to 76 after supplying a Speaker the numbers on the floor of the house would be 75 all.

Labor generally does a better job of whipping its numbers for crucial votes, but there could be circumstances where that fails and the rest of the Parliament votes the government down.

Abbott, after all, tried to keep the Gillard government off balance by testing its numbers and cross bench support with regular monotony.

Indeed, the early signs from the new Liberal leader, Peter Dutton, suggest he is of a similar mould.

Despite effusive makeover stories in sections of the media, the only thing that has changed is his stated willingness to smile more.

His disdain for Labor is so ingrained, though, the thought of it being in power is more than enough to keep the smile off his face.

Dutton’s early remarks at his first leader’s news conference made no attempt to sugar-coat his contempt.

With all the gravity of a police officer delivering a family bad news, Dutton said “make no mistake, the next three years under Labor are going to be tough for the Australian people”.

So, Dutton is promising by the end of the three years he will present a plan “that would clean up Labor’s inevitable mess”.

He will lay out a vision and “it won’t be Labor lite”.

Tony Abbott could not have put it more succinctly nor with more chutzpah, conveniently forgetting the huge mess after nine years of Liberal-Nationals government.

Apart from the trillion dollars debt, an exit poll for the Australia Institute found voters severely marked down the previous government on integrity, treatment of women in politics, aged care and for the way Scott Morrison and Barnaby Joyce did their jobs.

Holding a government to account is the main job of an opposition in the Westminster system of parliamentary democracy, but there is a huge difference between that and attempting to tear it down at every opportunity.

Albanese is right when he says Australians are suffering from “conflict fatigue”.

Dutton would be wise to take note.

But the fact remains, arithmetic determines everything in politics and, besides possibly shoring up his numbers via an independent Speaker, the new Prime Minister says he “wants to treat the Parliament with respect”.

On Sunday Albanese said he would treat Peter Dutton with respect “if we can get some agreement from him”, especially on policies where Labor could claim a mandate like climate action, an anti-corruption commission and a First Nations’ Voice to Parliament.

Crucially the PM said he would also treat the large cross bench with respect and pointed to the earlier success of the Gillard minority government in doing just that.

The Nationals’ new leader David Littleproud may respond more positively to a bit of respect than his predecessor Barnaby Joyce.

He says the Coalition going for the “sensible centre” will win the next poll.

In the meantime, Albanese is working on not creating “an inevitable mess” and he is counting on colleagues avoiding the sort of destructive rivalries that cruelled the Rudd and Gillard governments and their successors the Abbott, Turnbull and Morrison administrations.

Australians will be hoping a little respect goes a long way.

Paul Bongiorno: New Parliament will push the boundaries of respect