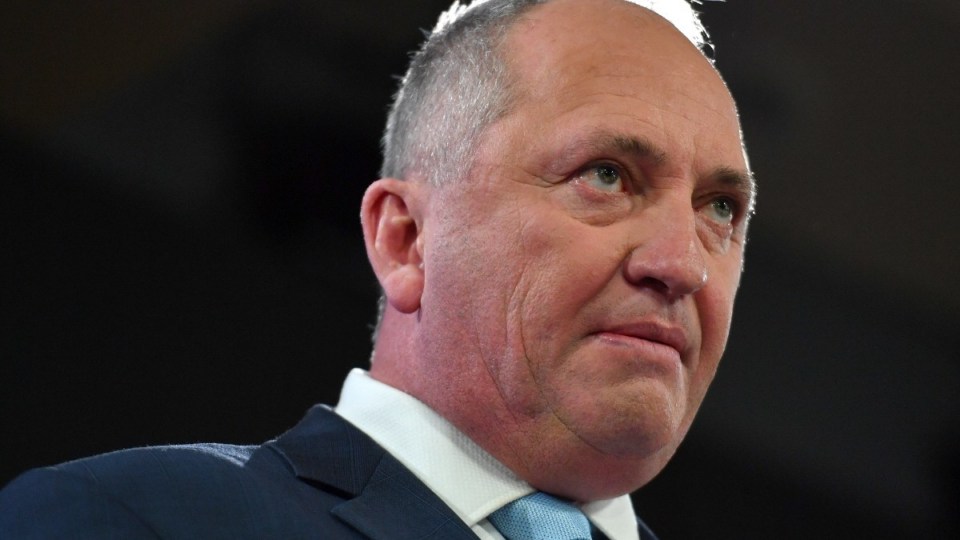 Mr Chester has been a frequent critic of Mr Joyce. Photo: AAP

The National party is set for a leadership contest after former veterans affairs minister Darren Chester confirmed he would take on Barnaby Joyce for the leadership.

The party will meet in Canberra on Monday, meaning the weekend will be devoted to counting votes and determining where members’ loyalties lie.

Mr Chester told The Sydney Morning Herald and The Age late Thursday the party needed to take a good look at why the government lost the election.

“We need to be honest with each other in the party room and take some responsibility for the Liberal losses in the city,” the MP for Gippsland said.

“How we develop our policies, deliver our message, and work with our coalition partners in the future will determine whether we can return to government and deliver for regional communities.”

Sussan Ley will seek to become deputy leader of the Liberals as the party announced a post-election review and one of Scott Morrison’s final act as prime minister was revealed.

The Daily Telegraph reports Ms Ley has confirmed her intentions to become only the second female deputy leader, with a promise to listen to women and ­“rebuild trust”.

“I’m putting my hand up for the position, obviously if I’m successful I will have more to say about the ­approach we take,” she told the newspaper.

“But I want to reconnect with the community that we represent and I want to win back our support.”

It comes as the ABC revealed one of Scott Morrison’s final acts before his party’s dramatic election defeat was to instruct the Australian Border Force (ABF) to publicise its interception of a suspected asylum seeker boat on election day.

As voters were casting their ballots, the ABC says Mr Morrison made the direct request to announce the boat interception before the operation had been completed.

The Liberal party then sent out mass texts to voters in marginal seats urging them to back the government and its tough stance on border control.

The Albanese government this week ordered an inquiry into the unusual disclosure.

Meanwhile Labor is just one seat away from forming a majority government, while the Liberals have inched closer to claiming a NSW marginal electorate.

In the closest race, Liberal candidate Andrew Constance is 286 votes ahead of sitting Labor MP Fiona Phillips in the electorate of Gilmore.

But in a loss for the party, Julian Simmonds became the latest Liberal MP to concede defeat following the federal election on Saturday.

Greens candidate Elizabeth Watson-Brown is expected to win his Brisbane seat of Ryan.

In the electorate of Brisbane, Labor’s Madonna Jarrett is holding on to her primary-vote lead over the Greens, placing her in a strong position to take the seat from Liberal MP Trevor Evans.

She is 672 votes ahead of Greens candidate Stephen Bates.

As of Thursday afternoon, the Australian Electoral Commission has Labor with 75 seats to the coalition’s 60, the Greens with three seats, 12 on the cross bench, and the seat of Macnamara without a preference count.

The Greens are hoping to secure three seats in the lower house by winning electorates previously held by the two major parties.

Leader Adam Bandt said his party will not yet be conceding or declaring victory in the seats of Brisbane and Macnamara in Melbourne, where the margins are slim.

The Liberal Party will examine where its campaign went wrong following the heavy election loss.

The review, announced on Thursday, will be overseen by Senator Jane Hume and the party’s former federal director Brian Loughnane.

The review comes as Liberal MPs meet on Monday to elect a new leader, with Peter Dutton tipped for the job.

The campaign review will focus on the “long-term challenge” for the party presented by independents, after many seats were lost to so-called “teal” candidates.