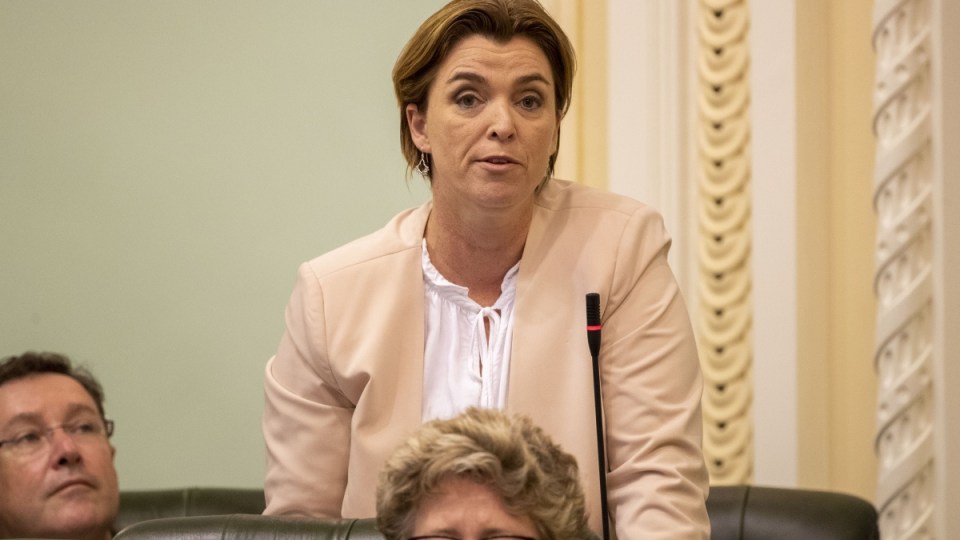 Queensland MP Melissa McMahon has divulged a harrowing childhood of sexual abuse as she takes a leave of absence from parliament.

The Labor member for Macalister in Logan, south of Brisbane, on Thursday told parliament she would take time out to rebalance her life and family.

Ms McMahon revealed she was first sexually abused at age five, when she was raped.

“I still vividly remember the first, the second time this occurred to me, but mercifully after that it is a blur,” Ms McMahon said.

“Most afternoons I was shopped around the neighbourhood to other teenagers and often exchanged for a can of soft drink.

“I could not tell you how many perpetrators were involved. I could not even quantify how long it lasted.”

Ms McMahon said at the age of nine she looked at “the face of pure evil” when placed in the care of a convicted child sex offender through her church.

“My hours after school became a personal hell, but I had been through this before and my survival skills kicked in – don’t cry, don’t move, don’t say a word.”

Ms McMahon survived her years of vile abuse before enlisting in the army at age 18 and joining the police service at 21.

The mother of three was elected to Queensland parliament in 2017 before the facade began to crack.

Memories of her horrific childhood began to resurface in 2021 as the MP struggled to cope with debilitating bouts of panic and anxiety.

“I felt like my skin was inside out … I was highly agitated. My ability to keep something under lock and key for 40 years was over.”

She lost her marriage and her family before hitting rock bottom.

“My children had found me unresponsive. Paramedics and police were called to my home,” she said.

“I was resuscitated, I was transported. For the unbearable stress that this placed on my family late that night, I am truly sorry.

“For my son who had to call for help, I am also so very sorry that I put you in that position.”

Ms McMahon told parliament that to be able to become her best self she must face her past – truthfully, and fully.

The MP refuses to be defined by her childhood trauma and hopes to inspire others by light on an uncomfortable truth.

“I will recover loudly so others don’t die quietly – because we feel powerless when those we love become victims of sexual assault,” she said.

“But I know I need to take time to rebalance and spend with my family at this time.”

Ms McMahon was lauded for her bravery by other MPs as she sought a leave of absence and asked for privacy for herself and her family.